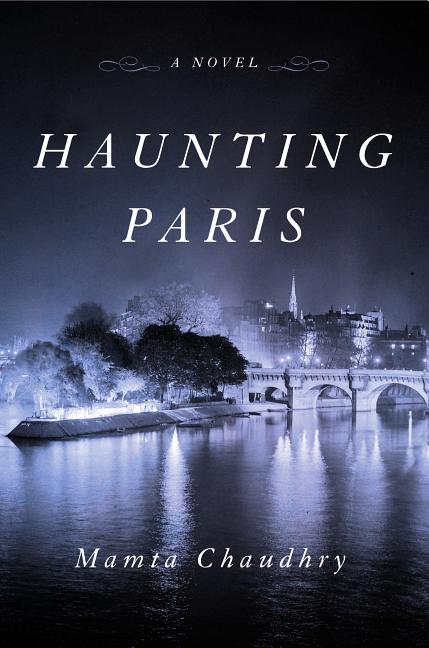 In the summer of 1989, while all of Paris is poised to celebrate the bicentennial of the French Revolution, Sylvie mourns the loss of her lover, Julien. Julien had devoted years to secretly tracking his niece, who was taken by Nazis during the Holocaust, and now Sylvie picks up where he left off.

What The Reviewers Say
Positive Bridget Thoreson,
Booklist
a graceful debut from Chaudhry, its sedate pacing revealing a finely textured world where grief and love commingle. Julien’s spirit travels across time but keeps careful vigil over Sylvie, their separate paths nonetheless a powerful testament to the enduring strength of the bonds we form in life.
Read Full Review >>
Mixed Fran Hawthorne,
The New York Journal of Books
Wisely, author Mamta Chaudhry grounds her romantic tale and evocative language with details that are sharply realistic, usually about everyday Parisian life ... Best of all are the scenes when Julien seems to time travel, visiting a group of Parisian washerwomen in 1889, and witnessing the murder of King Henri IV in 1610 ... The problem is that the plot hinges on an unbelievable premise. (No, not the ghost part.) The reader must believe that the devastated Sylvie, desperate for any concrete reminder of Julien, would wait until page 70 to tear open the sealed envelope that conveniently falls out of a secret compartment in his desk on page three ... Furthermore, once she finally tracks down the mysterious “'M,' whose initial is on the envelope, Sylvie flees M’s apartment without asking the questions that are piling up, at least in the reader’s mind ... Luckily, the lure of the mystery and the seductive writing outweigh the annoyance of the author’s heavy manipulation.
Read Full Review >>
Positive Kirkus
... elegant ... Julien’s curious perspective—on history, on other ghosts, on the beauty but complexity of France generally and the Île Saint-Louis, his corner of Paris, in particular—is the novel’s most original aspect. Elsewhere, while Chaudhry brings a kind of reverent seriousness to events both past and present, her approach is more familiar. Characters are often simple, like the kindly Jewish baker, the protective (but kindly) concierge, the sympathetic American lodgers, and even Sylvie’s anthropomorphized terrier, Coco. And resolutions, even sad ones, arrive with coincidence and ease ... A curious fusion of the predictable and the unconventional which, given the appetite for Paris, love, and wartime tragedy, might well touch a popular nerve.
Read Full Review >>
See All Reviews >>
SIMILAR BOOKS
Fiction

This Other Eden
Paul Harding
Rave
What did you think of Haunting Paris?
© LitHub | Privacy