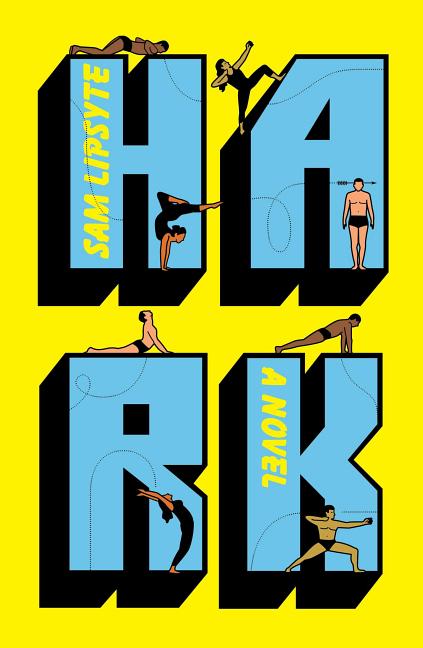 A send-up of our contemporary culture from Sam Lipsyte, the critically acclaimed author of Home Land, centered around an unwitting mindfulness guru named Hark Morner and the phenomenon he initiates.

What is this?
Mixed
Based on 25 reviews

What The Reviewers Say
Positive David O’Neill,
4Columns
If you’d rather follow a tight-knit plot than luxuriate in conspicuously deluxe prose, Hark may not be for you ... [Lipsyte's] sentences are the thing. They can go anywhere and be anything, except boring ... That’s not to say there’s no story in Hark, but it’s loose—a series of wild set pieces ... Irony becomes sincerity that doubles back, eating its own tail. It’s a style that only works with prose of the highest caliber—fluid and alert, deeply moral, unafraid to be lyrical or detour into the rudest humor. The satire is 10Xed, vicious and humane because the author’s self-recognition is clear. In Hark, little shards of phrase gleam with goofy malice, as Lipsyte perfectly embodies an exasperated Gen Xer enduring these ridiculous, teeth-gritting times ... Hark’s sendup of human greed, stupidity, and pathetic pre-apocalyptic longing delivers real empathy in an era of fake concern ... Flashes of this regard dot Lipsyte’s riotous novel like stars, bright and isolated. It’s not like compassion can save us. But it is something to focus on.
Read Full Review >>
Mixed Josh Tyrangiel,
The New York Times Book Review
Hark is split into halves, the first of which is extremely funny ... the story unravels some in Part 2 ... Many of [Hark's riffs] are dazzling, but hardly all of them, and Hark is in the book a lot ... [Some riffs can be] Meta, sure. But meta-boring is still boring ... Lipsyte tries to give his characters cleaner moments of salvation before wrapping things up, but this being a Christ allegory tucked inside a satire, it’s safe to say it doesn’t end terribly well for anyone. It’s a shame. Not only because so much of Hark is brilliantly alive, but because everyone in it could use a bit of mercy.
Read Full Review >>
Positive Nathan Goldman,
The Nation
This premise proves to be fertile ground for Lipsyte’s masterful satirical style ... With short chapters that shift abruptly in time and perspective, Hark barrels forward in what is less a plot’s steady progression than a series of digressive, accumulating riffs. The form works, not least because it mirrors the activity of Hark himself, whose whole routine began as a comedy act performed at company retreats ... At his best, Lipsyte’s jokes can be side-splitting—but not every joke lands ... At worst, [the book's jokes] extend Hark’s satirical viciousness to undeserving targets, which neutralizes its political force ... These missteps aside, the increasingly madcap absurdities of Hark... are in service of a moral vision ... [Hark] sculpts the shittiness into something both transporting and exacting, if not unerring. Of course, this won’t save us. But it’s a start.
Read Full Review >>
See All Reviews >>
SIMILAR BOOKS
Fantasy

Win Me Something
Kyle Lucia Wu
Rave
What did you think of Hark?
© LitHub | Privacy