Handel in London: The Making of a Genius 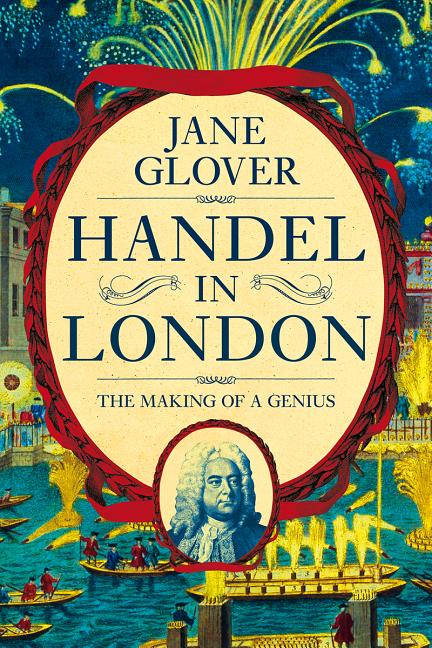 An artistic director of The London Mozart Players explores the early 18th century arrival of the German composer George Freidrich Handel to London and his ensuing four decades in that city, where he crafted many orchestral masterpieces while engaging in the city's social and civic life.

What The Reviewers Say
Rave Richard Stokes,
Financial Times
This remarkable book supplies a detailed musical analysis of many of the 70 dramatic works and other vocal and instrumental pieces he composed there. Aided by contemporary witness accounts, Glover paints a vivid picture of Handel, his music and his life in London ... One of Glover’s achievements is to bring alive the singers who performed in Handel’s operas and oratorios ... Glover’s command of detail is impressive ... Handel in London is a delight to read. It benefits enormously from being written by an expert who knows and loves the repertoire; and there is an extensive reader-friendly index.
Read Full Review >>
Positive Jessica Duchen,
The Sunday Times
Reading the conductor Jane Glover’s beautifully written account of George Frederick Handel’s professional life in the British capital, it might strike you that remarkably little has changed in the past 280-odd years ... Often this is not merely illuminating, but also touching ... But Glover can sometimes be too respectful of her subject, downplaying, for example, his reputedly irascible temper. In a perhaps slightly dutiful chronicling of opera after opera, she keeps technical terminology to a minimum. Still, she absolutely nails broader musical issues ... This book’s main achievement, though, is to evoke with admirable clarity and sympathy the rich, interdependent symbiosis between Handel, his singers, his audiences, the royal family and the great capital city that housed their life and work.
Read Full Review >>
Positive Norman Lebrecht,
The Wall Street Journal
The merit of Handel in London: The Making of a Genius is to...focus on the mechanics and context of how Handel conceived and achieved music of deathless fascination ... The Handel we meet in Ms. Glover’s engaging narrative is a workaholic musician of great charisma with a genius for invention and a genuine desire to improve the state of humanity.
Read Full Review >>
See All Reviews >>
What did you think of Handel in London: The Making of a Genius?
© LitHub | Privacy