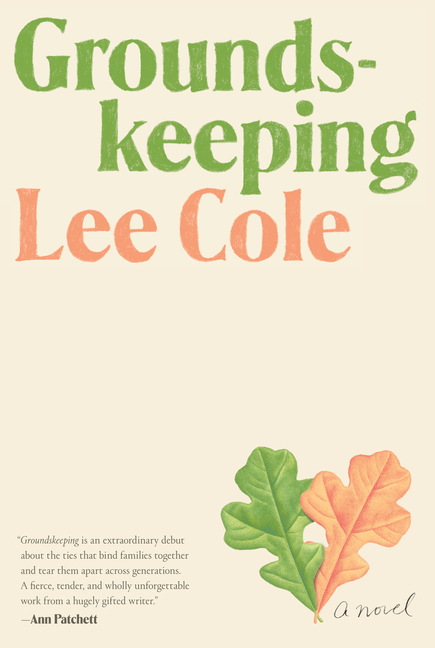 A love story set in the foothills of Appalachia about two very different people—Owen, from Kentucky, and Alma, the daughter of Bosnian immigrants—navigating the entanglements of class and identity in an America coming apart at the seams.

What The Reviewers Say
Rave Hamilton Cain,
The New York Times Book Review
...exacting, beautifully textured ... If economic class is the third rail of American life, then Cole eases his hand out, gently, to touch it, his realism a meld of Richard Russo and Anne Tyler by way of Sally Rooney ... While Pop, Cort and Owen form a fraternity on the skids, it’s a thrill — a relief — to read a writer who approaches his male characters with generosity and intuition, steering blessedly free of caricature ... As with Helen Frankenthaler’s canvases, Groundskeeping achieves poise and uplift ... The novel’s not only a forensic examination of our toxic politics, it’s also a sly sendup of literary culture, a conveyor belt of M.F.A. programs and prizes and teaching gigs ... A sterling novel that presages a major career, Groundskeeping puts a fresh spin on the divided self adrift in a divided nation.
Read Full Review >>
Rave Wendy Smith,
The Washington Post
Cole has a sharp eye for the way physical surroundings reflect their inhabitants’ characters and circumstances ... Given a novel so satisfyingly rich in themes and details, a review can only touch briefly on some of its many virtues ... Cole writes about lives damaged beyond repair and the accommodations people make to endure them with sensitivity and understanding, qualities he shares with his protagonist. Owen is entirely believable as a developing writer, jotting down his recollections and observations as the building blocks of his project to become an artist and a better human being. Alma is depicted with equal subtlety and generosity; their relationship drives the plot and brings the novel to a fitting conclusion. Groundskeeping is very fine work indeed from an exciting new voice.
Read Full Review >>
Rave Keith Runyon,
Courier Journal
Rarely, if ever...have I been as enthusiastic as I am for Groundskeeping, a timely debut novel by an important new voice for Kentucky, and American, literature ... Groundskeeping has plenty of conflicts, but it also is a memorable love story ... From time to time, Cole’s prose is achingly right ... Since the story is told from Owen’s perspective, we get fewer insights into the minds of those around him. But his own wisdom, which develops as the book progresses, is on the mark, and sometimes profound ... Surprises abound in Cole’s book, but not predictable ones. And you will have to read it to discover what they are. And with Groundskeeping, this young man joins a pantheon of living Kentucky writers including Bobbie Ann Mason, Wendell Berry and Sena Jeter Naslund.
Read Full Review >>
See All Reviews >>
SIMILAR BOOKS
Coming Soon