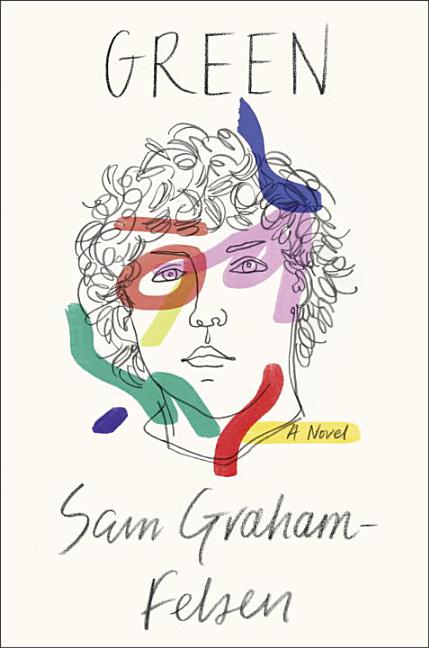 A coming-of-age novel about race, privilege, and the struggle to rise in America propelled by an unforgettable narrator, who just so happens to be one of the only white kids at his middle school.

What The Reviewers Say
Positive Jonathan Miles,
The New York Times
Graham-Felsen isn’t reaching for the same lofty heights as Lethem did (few novelists dare to), but he is reaching in the same general direction: toward the terribly thorny beauty at the heart of cross-racial friendships, which constitutes, per Leslie Fiedler and others, one of our essential American stories ... Yet this reader found himself wishing for something of Marlon’s, too: his awakenings, his perspective, his inner voice, his fullness on the page. As Lethem wrote in The Fortress of Solitude: 'The white kid has one set of feelings, the black kid another.' That we aren’t privy to those feelings owes less to malpractice than to the inherent limitations of Graham-Felsen telling this story through Green’s blue eyes ... He and Marlon match up in a million ways save one, but that one, in America then as now, seems cursed to outweigh all the others.
Read Full Review >>
Mixed Jack Hamilton,
Slate
Sam Graham-Felsen’s debut novel Green is one of the more charming recent additions to this pile, a heartfelt and unassumingly ambitious book that blends fiction, memoir, and social analysis to lovingly recreate the Hub of Graham-Felsen’s youth, while also directing a well-intentioned if somewhat shaky microscope onto the city’s notoriously shameful racial landscape ...By the book’s end I couldn’t shake the sense that Green is a novel about whiteness written for white people, which isn’t the worst thing in the world—after all, many novels by and for white people never interrogate that whiteness at all. But at a certain point, guiltily obsessing over one’s bystander complicity in the structures of white supremacy becomes just another way of thinking about yourself, and each time the novel seemed to approach a moment of real reckoning, it appeared to lose its nerve. Like a free throw shooter with the yips, the book aims its shots rather than simply taking them. Green is never able to disentangle its critique of the world it inhabits from its nostalgia for it; as such it both illuminates a particular brand of whiteness while also, less fortunately, exemplifying it.
Read Full Review >>
Positive Katy Waldman,
The New Yorker
Green excels at capturing the insidious ways prejudice works through people—in a store owner’s guarded interactions with Mar, in thoughts David doesn’t want to think. But the book sometimes seems to lose sight of the fact that racism is about more than feelings ... In this sense, the empathy and sensitivity that is so clearly a strength of Graham-Felsen’s is also a weakness, inclining him to exhaust most of his considerable descriptive powers on the pain of ostracization, of lost connection The authorial sin here is not malice or even incomprehension—more like a kind of distraction, a straying of focus. And the consequence is a coming-of-age tale of uncommon sweetness and feeling that does not always seem in total command of the difficult ideas it grapples with.
Read Full Review >>
See All Reviews >>
SIMILAR BOOKS
Fantasy

Win Me Something
Kyle Lucia Wu
Rave
What did you think of Green: A Novel?
© LitHub | Privacy