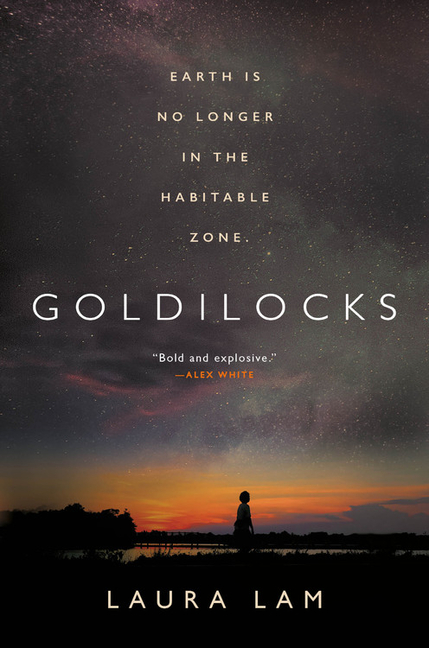 Despite increasing restrictions on the freedoms of women on Earth, Valerie Black is spearheading the first all-female mission to a planet in the Goldilocks Zone, where conditions are just right for human habitation.

What The Reviewers Say
Rave Kristi ChadwickKristi Chadwick,
Library Journal
Smooth prose weaves a tale to support humanity’s survival, along with the shades of gray of scientific decisions. Lam’s exciting sf thriller proves intellectual and entertaining for all.
Read Full Review >>
Positive Christina Ladd,
The Nerd Daily
... belongs on the shelf right between The Martian and The Wanderers, the hyper-mechanical and the ultra-psychological novels about deep space. This finds some really good middle ground between the two, but its greatest strength is its ability to reflect on the political realities of the modern world ... Too often, books about exceptional people don’t show them changing or learning, but another of Naomi’s great strengths is her adaptability ... There are several twists I didn’t expect but really loved ... The final confrontations, though, wobble dangerously on the edge of cartoon villainy, and the final decisions are made more for literary reasons...There are lots of moral questions raised, but solutions veer toward the pat, convenient ... I don’t think this book will convince anyone who isn’t already onboard with its political stances, but it’s a good reminder not to put our hope in billionaires or demagogues.
Read Full Review >>
Positive Liz Bourke,
Tor.com
... a stylish science fiction story with all the flair one might expect from the author of False HeartsShattered Minds ... Unfortunately, this tale of five women shut in unavoidably close proximity with each other for weeks and months on end bid fair to activate all my current not-very-latent claustrophobia, and that was before the novel developed an infectious plague ... excels in its character work, in its slow unfolding of people and decisions and consequences ... I was a little while warming up to Goldilocks, because at this point I’m not sure I’m capable of judging stories with small casts trapped in small spaces entirely on their merits. But it is a fascinating, compelling novel, reminiscent of a psychological thriller in space, and in the end I enjoyed it greatly.
Read Full Review >>
See All Reviews >>
SIMILAR BOOKS
Fantasy

40
Alan Heathcock
Positive
What did you think of Goldilocks?
© LitHub | Privacy