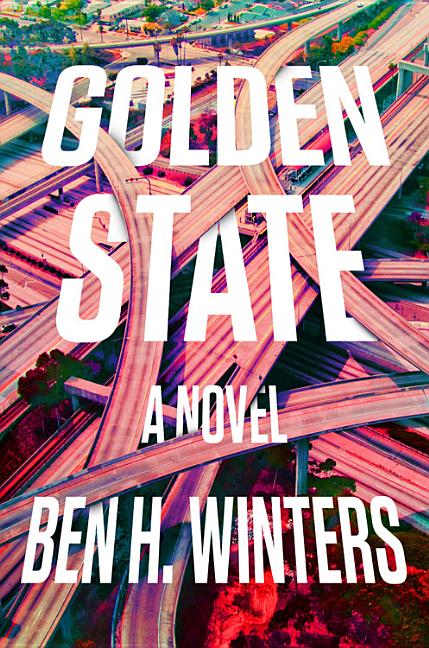 From award-winning, New York Times bestselling novelist Ben H. Winters comes a mind-bending novel set in a world governed by absolute truth, where lies are as dangerous as murder.

What The Reviewers Say
Positive Tom Nolan,
The Wall Street Journal
Mr. Winters has won major awards in both the mystery and speculative-fiction genres. The brain-teasing Golden State exists in a space where those two forms coexist. As a consequence, a sympathetic reader’s imaginings may persist long after the book’s puzzles have been solved.
Read Full Review >>
Mixed Jon Michaud,
The Washington Post
Winters has a knack for creating appealing detective fictions that skew reality in thought-provoking ways, producing a hybrid of the familiar and the uncanny ... For the first two-thirds of Golden State, Winters pulls it off again. The novel is in equal measure a gripping detective story and a disquieting work of speculative fiction. Winters brilliantly imagines the quotidian manifestations of a truth-obsessed culture ... However, the last third of Golden State fails to deliver on the promise of its first two hundred pages. Winters paints himself into an imaginative corner ... How I wish that all of Winters’s novel had produced [an ecstatic] effect in me.
Read Full Review >>
Rave David Pitt,
Booklist
Another thought-provoking, genre-bending SF thriller ... Winters seems to have a real affection for unusually compelling premises—the events of the Last Policeman trilogy take place as an asteroid is bearing down on the earth, and the annihilation of humanity is a certainty—and he certainly knows how to bring those premises to life in a way that keeps readers flipping pages. Another fine novel from a writer whose imagination knows no bounds.
Read Full Review >>
See All Reviews >>
SIMILAR BOOKS
Fiction

The Deceptions
Jill Bialosky
Positive
What did you think of Golden State?
© LitHub | Privacy