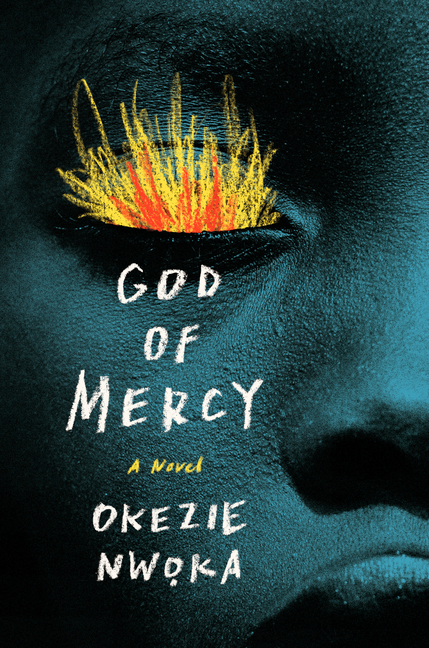 Set in Ichulu, an Igbo village where the people’s worship of their gods is absolute. Their adherence to tradition has allowed them to evade the influences of colonialism and globalization. But the village is reckoning with changes, including a war between gods signaled by Ijeoma, a girl who can fly.

What The Reviewers Say
Rave George Hajjar,
Foreword Reviews
... dazzling and disquieting ... with robust descriptions, Igboland is a vibrant landscape replete with a nightmarish evil forest, comforting compounds, and the serene Idemili river. Once the lens shifts to Amalike, the folkloric prose, which is written as if translated from Igbo, shifts to a Western style that coincides with Ijeoma’s learning of English and forced Bible study ... Rife with magical realism and full of promise, the novel God of Mercy undertakes a scrupulous review of the destructive power of colonialism through an imprisoned, gifted girl.
Read Full Review >>
Positive Jaclyn Fulwood,
Shelf Awareness
Tradition and change clash to devastating effect in Okezie Nwoka's compelling and heartrending debut ... Nwoka writes with a sure rhythm all their own, slipping easily between structured passages and stream of consciousness inner monologues. Alternating between third-person narrative and the diary entries of a mysterious prisoner, God of Mercy translates major religious conflicts to a small, personal scale ... While the front matter includes a map and cast of characters, Nwoka trusts readers to follow the story without much expository cultural background, and the result feels authentic and organic. Book clubs looking for stories to inspire deep discussion need look no further.
Read Full Review >>
Positive Maya C. James,
Locus
The power in this novel lies in protagonist Ijeọma, who seeks out her truth for herself. With discerning dialogue and elegant prose, Nwọka chronicles the rise, decline, and resistance of Ijeọma’s village of Ichulu through the tale of her imprisonment in a Christian church that claims to 'save' witches and pagans ... a heavy book, but it is not designed to make a reader suffer, or realize the horrors of colonialism and missionary trips. The depictions of violence against children were dif­ficult to read through, but at no point did the vio­lence seem overtly graphic or designed to simply get a reaction from the reader. Rather, each scene was intentionally placed to make a larger point about wisdom and knowledge. I felt that the ending appropriately balanced grief, chaos, and redemp­tion with the joyful youth that was robbed from Ijeọma and many of her fellow exiles in earlier chapters of the book.
Read Full Review >>
See All Reviews >>
SIMILAR BOOKS
Fiction

Appleseed
Matt Bell
Positive
What did you think of God of Mercy?
© LitHub | Privacy