God Land: A Story of Faith, Loss, and Renewal in Middle America 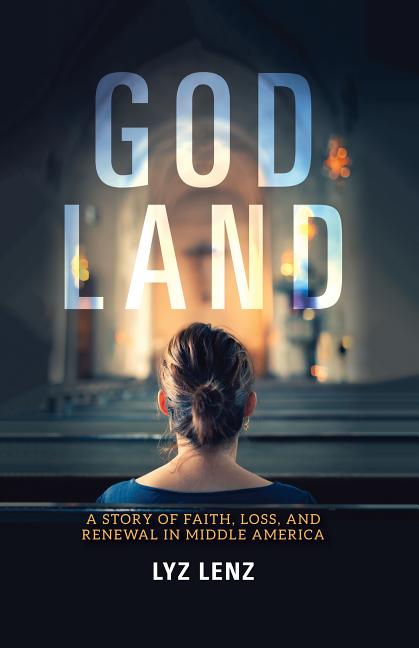 In the wake of the 2016 election, Lyz Lenz watched as her country and her marriage were torn apart by the competing forces of faith and politics. A mother of two, a Christian, and a lifelong resident of middle America, Lenz was bewildered by the pain and loss around her―the empty churches and the broken hearts. What was happening to faith in the heartland?

What The Reviewers Say
Positive Melissa Wuske,
Foreword Reviews
... a nuanced examination of the political, personal, and religious complexity of middle America ... The divisive nature of faith and politics in contemporary America is what this book is about, and its message is vital: the divides we create are dangerous, and faith that claims to bring people together often leads a ferocious charge to division ... Showcasing a deep understanding of middle America that’s devoid of stereotypes, platitudes, and weak generalities, this journalistic narrative is populated by a wide range of voices who put a face on the hurt, confusion, fear, hope, and healing of everyday Americans ... Though the book is liberal in tone, it does not aim for political movements, but rather for open-handedness, generosity, working against authoritarianism, and thinking beyond orthodoxy. The pain it captures is heart-wrenching, but it still brims with hope ... a courageous narrative account of the religious and political divides that threaten to rip America down its middle.
Read Full Review >>
Rave Daniel Boscaljon,
Little Village
It is an audacious attempt to synthesize and personalize the range of issues confronting 21st-century Americans, and Lenz does this with humor, honesty and aplomb ... Throughout, Lenz — perhaps best known through her work on the Rumpus, although a longtime journalist beyond that — provides readers with hefty doses of wit and insight that allow the experience of the book to be both meaningful and pleasurable. Lenz’s approach is masterful ... God Land offers a wise perspective ... the account is balanced — she is as quick to point out her own complicit silences as those of others, and to praise the compassion of those whose politics and practices she may otherwise find problematic ... God Land holds its own as a theological criticism of 'traditional' Christianity ... If God Land is unafraid and unflinching in its portrayal of the problematic ways that Middle America combines religion, politics, economics, race and misogyny, then it is equally bold in suggesting an alternative. Throughout, Lenz shows the fearlessness of faith ... If the end of the book is not quite as clever as the beginning, this is a strength, as Lenz’s passionate compassion becomes clarified.
Read Full Review >>
Positive Michael Cart,
Booklist
[Lyz's] thought-provoking examination of all of this is passionate and, despite the death and loss she sometimes finds, ultimately inspiring.
Read Full Review >>
See All Reviews >>
What did you think of God Land: A Story of Faith, Loss, and Renewal in Middle America?
© LitHub | Privacy