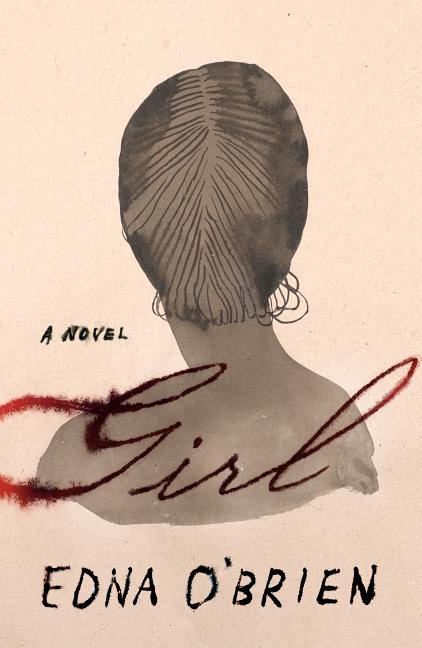 The author of The Country Girls and The Little Red Chairs takes on the tragic 2014 kidnapping of Nigerian school girls by Boko Haram, narrating their struggle to survive through the eyes of one imagined girl named Maryam.

What The Reviewers Say
Rave Michael Schaub,
NPR
O'Brien has no intention of letting the reader look away, even for a second ... a stunning novel that forces us to confront one of the more shocking events of recent years. It's a painful read, but an absolutely essential one ... The book ends on a note that's hopeful, but realistic — O'Brien doesn't condemn her character to despair, nor does she seek to downplay the enormity of the brutality she's survived ... an exceptionally fast-paced book; O'Brien has long been known for writing that gets to the point and eschews superfluous language, and she continues that style here. This makes the novel feel all the more urgent, and the scenes of violence — which O'Brien renders with harsh, unrelenting detail — even more difficult to read. This is likely by design: O'Brien insists that her readers bear witness to Maryam's ordeal ... O'Brien refuses to shy away from the horrors that the Nigerian schoolgirls went through, but she also declines to give in to pessimism ... a perfect, and devastating, description of the persistence of trauma, its insistence on filling the space available to it — and Girl is a stunning novel, another remarkable achievement from one of the English language's greatest living writers.﻿
Read Full Review >>
Rave Terrence Rafferty,
The Atlantic
In Girl [O'Brien]...makes the daring choice to tell this terrible tale in the protagonist’s own words—an 88-year-old Irish woman speaking in the voice of a barely pubescent Nigerian girl ... That choice feels natural because, despite the obvious contrasts in circumstances, this girl isn’t so different from O’Brien’s young Irish heroines. She lives in a world that’s testing her, daring her to survive ... Maryam's voice...[is] the deadened, illusionless voice of innocence abruptly lost, quickened here and there by little verbal sparks like morass and hurtled, signal flares of the soul ... Girl isn’t the book to read for the history of Boko Haram and its long assault on the peaceful citizens of Nigeria, or for a nuanced analysis of the country’s volatile politics ... Girl is the book to read for the sights and sounds and, yes, smells of some Nigerians’ harrowing experiences, and for a general sense of what it’s like to live in a world of radical, deadly unpredictability ...The novel hurtles, as its heroine is hurtled, from one thing to another and another and another, with deranging, near-hallucinatory speed. The random-seeming quality of the storytelling is something new for O’Brien, whose usual pace is more measured and contemplative. The effect is disorienting, and it’s meant to be ... The rhythm of Girl is intermittent and fearsomely strong; reading this novel is like riding the rapids ... O’Brien’s understanding of, and sympathy for, girls in trouble transcends culture—the place she’s made for them in her fiction is practically a country of its own.
Read Full Review >>
Rave Alex Clark,
The Guardian (UK)
Everything that O’Brien does memorably throughout her novels, she does here. There is the blend of economy and lyricism, vignettes tumbling over one another to disorient and energise the reader. There is the intense focus on the emotional lives of women on the sharp end of mental and physical incarceration or constraint, broadening out to sketch in the patriarchal and theocratic structures that hold them there. And there is the constant presence of bodily sensation and distress ... Were she simply to be claiming a right to write about what she wanted, she might well run into trouble. But there is an urgency in this novel, as in others preceding it, that indicates her subject matter is not a matter of writerly vanity—a wish to display versatility and range—so much as one of compulsion and duty. By the end of Girl, the reader feels assaulted by the horrors contained within it, but that, in a sense, is easy; the more important question is whether one can feel one’s empathy and understanding to have been enlarged. Here, once again, O’Brien pulls off that enormously difficult conjuring trick.
Read Full Review >>
See All Reviews >>
SIMILAR BOOKS
Fiction

Vladimir
Julia May Jonas
Rave
What did you think of Girl?
© LitHub | Privacy