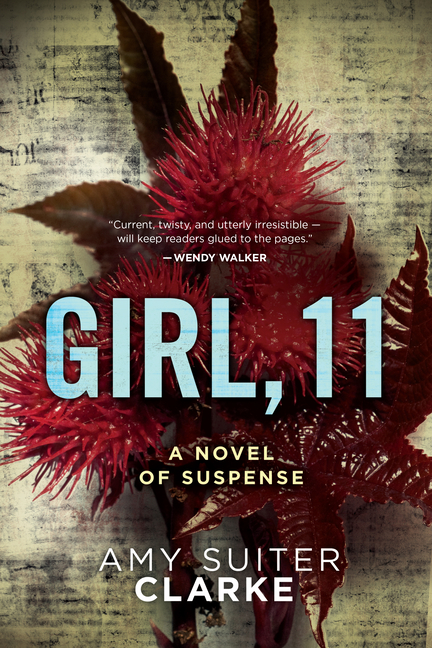 What The Reviewers Say
Positive Kate Ayers,
Bookreporter
Podcasts that are done well can instantly hook their audiences, draw them in deep and keep them coming back for more. In Girl,11 chapters of 'Justice Delayed' episodes will do just that for readers. As Elle investigates, she interviews retired Detective Sykes, who worked the TCK case; family members of the victims; her own husband, a coroner; and anyone who has an ounce of information related to the girls’ disappearances. You’ll hear the witnesses’ accounts in their own words, which adds immense depth to the story. What’s more, the major twist that debut author Amy Suiter Clarke drops like a bomb is an incredible 'wow' moment.
Read Full Review >>
Mixed Kirkus
The host of a popular true-crime podcast investigates an unsolved serial killer case in this debut novel ... Elle, who was herself abducted and abused as a child, tries to put her focus on telling the stories of the victims rather than sensationalizing the killer, but when discussing TCK, she finds it hard to remain distant. When someone contacts her with a tip that they know who TCK is, and then is murdered, she begins to wonder whether her podcast may have inspired the killer back to action ... This impulse to explain everything away with nice, neat symbolism only exacerbates the argument that true crime (though in this case, of course, the story is fictional) often serves to glorify the criminal ... Chills, thrills, and tension compete with a troubling desire to tie a nice, neat bow on the psychology of murder.
Read Full Review >>
Positive Publishers Weekly
In Clarke’s solid debut, former social worker Elle Castillo investigates unsolved crimes against children and shares her findings on the true crime podcast she produces from her home in the Twin Cities ... As Elle embeds with the police, the case reawakens memories of her own childhood trauma ... Despite some implausibilities, such as the police allowing Elle to consult on the case, Clarke’s nuanced narrative will keep readers hooked. Fans of Lisa Jewell should take note.
Read Full Review >>
See All Reviews >>
SIMILAR BOOKS
Fiction

The Maid
Nita Prose
Positive
What did you think of Girl, 11?
© LitHub | Privacy