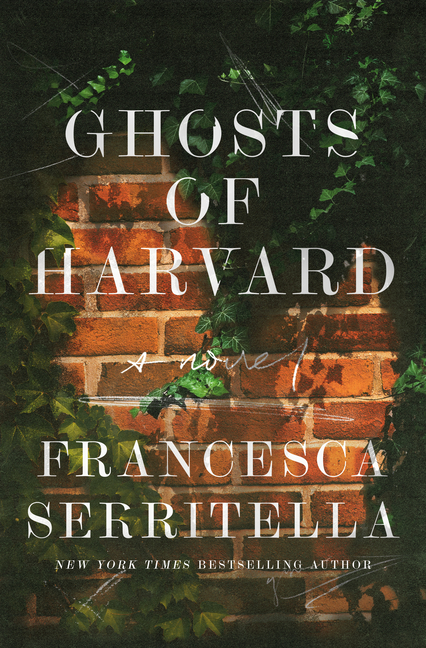 Cadence "Cady" Archer arrives on Harvard's campus as a college freshman searching for answers about her brother, a schizophrenic genius who leapt from his dorm room window the year before. As her suspicions mount, Cady begins to hear voices herself: three ghosts that walk the hallowed halls of Harvard, each from a different era of American history.

What The Reviewers Say
Rave Maureen Corrigan,
The Washington Post
Serritella’s debut is a sweeping and beguiling novel ... Serritella, who is a Harvard grad herself, writes about the campus with an insider’s savvy. She takes readers on jaunts into forgotten graveyards and spooky 'whispering wall' corners. Oddly, the one area where Serritella’s firsthand knowledge of Harvard falters is in some of the classroom scenes ... a rich, intricately plotted thriller that gathers suspense velocity as Cady runs through the mazelike halls of academe and the winding streets of Cambridge, chasing after clues to the more sinister circumstances of Eric’s death. It’s a testament to Serritella’s sure touch that when Cady’s ghostly companions ultimately make their final departures, Harvard seems duller.
Read Full Review >>
Rave Donna Seaman,
Booklist
... a many-faceted first novel ... Serritella makes keen use of quantum theories about time and simultaneity in this busily plotted, emotionally astute, thoughtfully paranormal, witty, and suspenseful drama involving historical figures, academic ruthlessness, and the tragic riddles of mental illness. Serritella has also created a sensitive and searching tale about the courage and fortitude of a smart young woman in mourning and in peril.
Read Full Review >>
Positive Library Journal
Those who like novels by Joe Hill and Pat Conroy will also enjoy this his first novel by Lisa Scottoline's nonfiction coauthor (and daughter). The book begins as thriller and ends as a story of personal growth and redemption. The writing is vivid and engaging, and it works for adults as well as for mature young adult readers.
Read Full Review >>
See All Reviews >>
SIMILAR BOOKS
Fiction

Before She Disappeared
Lisa Gardner
Rave
What did you think of Ghosts of Harvard?
© LitHub | Privacy