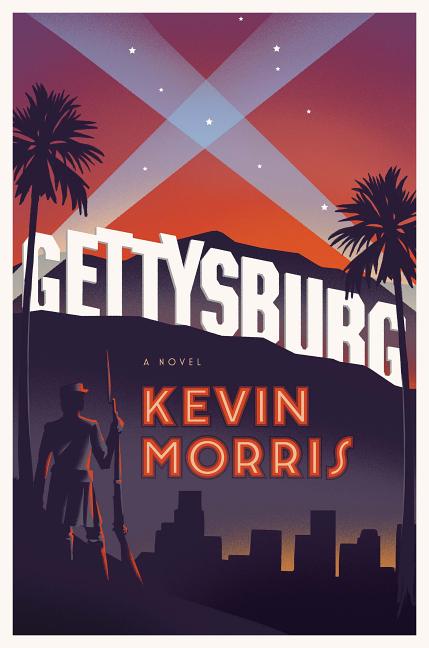 A Hollywood lawyer and writer of fiction, including All Joe Knight, offers a critique of life in the film and television industry, following a depressed producer named John Reynolds, whose mid-life crisis sparks his interest in the U.S. Civil War. But John's trip to reenact the Battle of Gettysburg—accompanied by an ex-Playmate—goes haywire when his wife and daughter show up.

What The Reviewers Say
Positive Kristine Huntley,
Booklist
Producer Morris’s entertaining second novel...zeros in on a particular male fantasy, and acknowledges the importance of entertainment and honoring the past, both personal and historic.
Read Full Review >>
Mixed Isabella Stocka,
The Nerd Daily
The interesting part about this book is the indirect storytelling about a person who feels stuck, suffers from depression, and therefore tries to find something exciting new to get his nose in ... Overall, I really would have liked to read more about Bella and not about her research about famous people, but more like looking behind the genius mind of hers. I would have wished for a little bit more of what is going on in Hollywood and how it really works. For me, I would have enjoyed a little more flavor to the writing style and perhaps a little less detail in a few scenes that caused me to get lost for a second or two while reading.
Read Full Review >>
Positive Lawrence Rungren,
Library Journal
Though Reynolds’s plans for renewal end up wildly off the mark, he ultimately finds something of value. While delightedly skewering the privileged entertainment industry lifestyle, Morris uses Reynolds’s travails and the divisions of the Civil War period to make larger points about the current state of America.
Read Full Review >>
See All Reviews >>
What did you think of Gettysburg?
© LitHub | Privacy