Gateway to the Moon 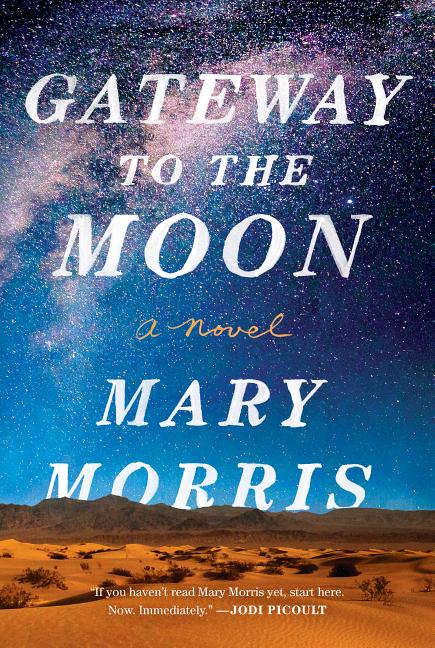 From award-winning novelist Mary Morris comes the story of a remote New Mexican town coming to grips with a dark history it never imagined. Luis de Torres, a Spanish Jew, accompanies Columbus as his interpreter on his voyage to America. Over the centuries, de Torres’ descendants travel from Spain and Portugal to Mexico, finally settling in the hills of New Mexico. Five hundred years later, Miguel Torres finds himself trying to understand the mystery that surrounds him and the town he grew up in.

What The Reviewers Say
Rave Sarah Johnson,
Booklist
Magnificent characters with complex psychologies, including adventurous entrepreneurs and several courageous women, populate this generational tale of the Sephardic diaspora ... The story glides effortlessly between viewpoints and vibrant settings ranging from Lisbon to Tangier, the Caribbean, and Mexico City. With prose as clear as the star-strewn night sky, Morris’ novel explores people’s hidden connections.
Read Full Review >>
Positive Ian Schwartz,
BookPage
In Gateway to the Moon, award-winning novelist Mary Morris draws a map straight from the terror of the Spanish Inquisition to stagnant lives in a dirt-poor New Mexico village, half a millennium later ... Morris writes with a relaxed eloquence, shifting easily through characters. Gateway to the Moon is an entertaining, thoughtful read that raises a relevant question: Appearances aside, just how different are we?
Read Full Review >>
Rave Misty Urban,
Historical Novel Society
This thrilling, shattering literary novel spans centuries and continents ... Morris’s taut, sculpted sentences make a stately music, weaving a beautiful and heartbreaking history that balances the worst of human cruelties, from poverty and violence to betrayal and neglect, with the sweetest human longings for meaning, for connection, and to uncover the mysteries that make us who we are.
Read Full Review >>
See All Reviews >>
SIMILAR BOOKS
Fiction

All the Broken Places
John Boyne
Mixed
What did you think of Gateway to the Moon?
© LitHub | Privacy