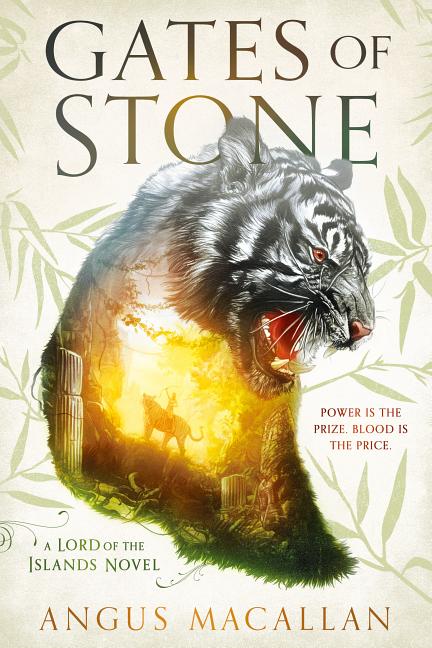 Just before her sixteenth birthday, Princess Katerina is refused her rightful place as heir to the Empire of the Ice-Bear—solely because of her sex. Determined to regain her inheritance, she murders the foreign lord she’s been ordered to marry and embarks on a perilous voyage in search of the vast wealth and power she needs to claim the Empire for herself.

What The Reviewers Say
Rave Mark Everett Stone,
New York Journal of Books
Just that kind of place needed for the next generation of fantasy enthusiasts ... Starting with sex and murder, Gates of Stone fires off like a cannon into a rollercoaster actionfest that keeps the pages turning well into the night long after the reader should go to bed ... although there is plenty of action, there are well-crafted characters to leaven an otherwise exhausting read ... there are a plethora of well-written supporting characters to keep the book from being one-note, which elevates it to the next level of fantasy writing ... There is enough between the covers of this book to leave any fan of Edgar Rice Burroughs and James Clavell anxiously waiting for a sequel.
Read Full Review >>
Positive Regina Schroeder,
Booklist
Macallan hits most of the key high notes of epic fantasy: hardships overcome, rise and fall of empires, grand battles, political machinations, and ancient legendary magic. It’s an entertaining story, with the characters motivated by a complicated web of greed, politics, and desire for revenge. It is refreshing to see an epic fantasy door-stopper draw inspiration from outside Europe; though the author does not always successfully subvert stereotypes, the action adds depth to the story.
Read Full Review >>
Positive Kristi Chadwick,
Library Journal
Epic worldbuilding with extensive Asian influences, especially Indonesian, meets bold characters and detailed battles across land and sea. Note that scenes of rape and gore may be traumatic for some readers.
Read Full Review >>
See All Reviews >>
SIMILAR BOOKS
Fantasy

40
Alan Heathcock
Positive
What did you think of Gates of Stone?
© LitHub | Privacy