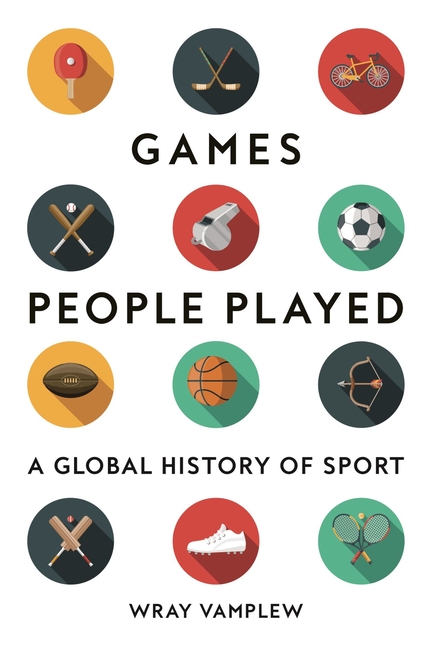 Games People Played is, surprisingly, the first global history of sports. The book shows how sports have been practiced, experienced, and made meaningful by players and fans throughout history. It assesses how sports developed and diffused across the globe, as well as many other aspects, from emotion, discrimination, and conviviality; politics, nationalism, and protest; and how economics has turned sports into a huge consumer industry. It shows how sports are sociable and health-giving, and also contribute to charity. However, it also examines their dark side: sports' impact on the environment, the use of performance-enhancing drugs, and match-fixing.

What The Reviewers Say
Positive James McConnachie,
The Times (UK)
The line-up of the book is fairly traditional ... The book does have an underlying mission, though, which is to argue for sport to be taken seriously as an object of study. And it shows how deeply sport is embedded in culture ... Games People Played has its faults, but it does underline that truism of applied history: to understand the present you need to know the past — in sport as in anything else. Cicero said that 'to be ignorant of what occurred before you were born is to remain always a child'. The study of games, Vamplew demonstrates, is very much for grown-ups.
Read Full Review >>
Mixed David Papineau,
The Wall Street Journal
Games People Played is the culmination of a life spent working on the history of sports, and it ranges far and wide. But sporting enthusiasts might feel there is something missing at its heart. There are few descriptions of sporting events as such. The book says far more about the surroundings of sports than the achievements of the athletes themselves ... Mr. Vamplew is as informative and comprehensive as one could want. But the result can sometimes seem odd, like a book on art history that is excellent about the social standing of the artists and the cost of their materials, but tells you nothing about the paintings.
Read Full Review >>
Pan Simon Kuper,
The Spectator (UK)
[Vamplew's] account — the fruit of a career’s work — is so shapeless that it often reads like the encyclopaedia that he claims he didn’t want to write. The emeritus professor of sports history at the University of Stirling hasn’t managed to assemble his own narrative. But if there is one to be extracted from Games People Played, it’s this: contrary to popular opinion, we may be living in sport’s golden age ... [Games People Played is clearly aimed at the commercial as well as the academic market, though his pedantically bureaucratic prose will stymie that hope. He also falls into the trap that he himself warns against — of focusing excessively on western sports ... There is richness in this book, but the author should have been dissuaded from cramming in everything he knew. The thematic structure encourages repetition, and his attempts at argument tend to meander into platitude ... All this is a shame, because during Vamplew’s career, this once neglected field inspired an unprecedented amount of research.
Read Full Review >>
See All Reviews >>
SIMILAR BOOKS
Non-Fiction

It's Better to Be Feared: The New England Patrio…
Seth Wickersham
Rave
Biography

Running Is a Kind of Dreaming: A Memoir
J. M. Thompson
Positive
What did you think of Games People Played: A Global History of Sports?
© LitHub | Privacy