Future Sounds: The Story of Electronic Music from Stockhausen to Skrillex 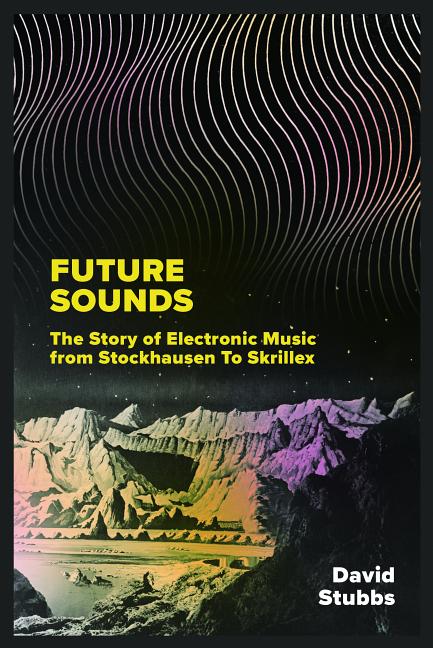 David Stubbs charts the evolution of electronic music from the earliest mechanical experiments in the late nineteenth century to the pre-World War I inventions of the Futurist Luigi Russolo, author of the Art Of Noises manifesto.

What The Reviewers Say
Rave Ho Lin,
Foreword Reviews
Music aficionados will find the book to be a valuable, engaging compendium ... While Stubbs claims that Future Sounds is far from comprehensive, one would be hard-pressed to find a more extensive survey of electronic music and its offshoots. ... Stubbs displays a dazzling knowledge of his subject, freely flowing between musical scholarship, cultural criticism, and insightful anecdotes from his experiences as a music journalist ... Stubbs is a lively curator, and while his prose sometimes gets overheated (and perhaps irritating, if you’re a fan of the 'old school' classic rock he sometimes bashes), there’s no doubting the passion and care he put into his book ... a fascinating voyage of discovery—a juicy work that can be absorbed like a savory meal.
Read Full Review >>
Positive Spencer Kornhaber,
The Atlantic
An idiosyncratic polemic as much as it is a history, Future Sounds will frustrate those looking for a technical timeline ticking through 808s and Ableton (to be fair, there is a bare-bones timeline in the appendix). But regarding the art itself, the book’s a feast ... Stubbs isn’t shy about his particular tastes and encounters ... The approach sometimes scans as blinkered or biased, but it dovetails remarkably well with his deeper argument about electronic music and humankind ... might have arrived at a more coherent appraisal of the present had it given better consideration to hip-hop, the engine of pop’s innovation for some time now.
Read Full Review >>
Positive Publishers Weekly
Stubbs expertly weaves granular encyclopedic detail into a sweeping cultural history in this astute and entertaining study of how a fringe music form entered the mainstream.
Read Full Review >>
See All Reviews >>
What did you think of Future Sounds: The Story of Electronic Music from Stockhausen to Skrillex?
© LitHub | Privacy