Future Home of the Living God 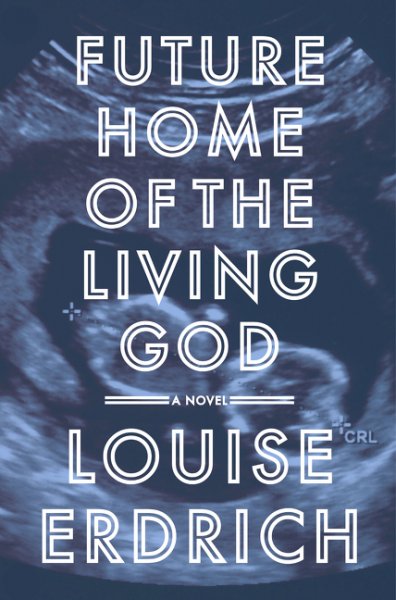 From the National Book Award-winning author of LaRose and The Round House, a portrait of a young woman fighting for her life and her unborn child against oppressive forces that manifest in the wake of a cataclysmic event. In a dystopian U.S., Congress has expanded a set of policies that began as the Patriot Act so that pregnant women can be “sequestered in hospitals in order to give birth under controlled circumstances."

What The Reviewers Say
Rave Ellen Akins,
The Minneapolis Star Tribune
...steeped as it is in dystopian darkness, Cedar’s diary is most remarkable for the amiable, heartfelt way in which it captures what’s familiar — in friendships and families, in communities and in nature. It is against this prosaic background, so artful in its seeming artlessness, that the loss anticipated in this novel registers in all its depth and sorrow.
Read Full Review >>
Positive Laura Collins-Hughes,
The Boston Globe
Viscerally, bracingly, we recognize in Cedar’s journal entries (the means by which Erdrich tells her tale) the same miasma of anxiety and unease that Americans now breathe. This is fiction, of course; the details are not from our world. But the sensation is ... Plodding a bit as it traces Cedar’s newly expanded family (Sweetie, a stepfather, an ancient grandmother, a younger sister), the sometimes overloaded narrative is most vivid and suspenseful when it focuses fully on her pregnancy ... Once she is imprisoned, the story turns thrilling — because Cedar and the other captives have no intention of going along willingly, because a nine-month gestation period is a time bomb waiting to go off (one way or another, that baby will come out), and because Erdrich knows that hugely pregnant women are capable of tremendous daring.
Read Full Review >>
Pan Michael Schaub,
NPR
Erdrich's gift for innovation has paid off in the past, but her latest novel, Future Home of the Living God, is an overreaching, frequently bizarre book that never really comes close to getting off the ground ...Cedar's freedom doesn't last long, and the rest of Future Home of the Living God tells the story of her desperate attempts to escape the hospital in which she's imprisoned ...the novel has the structure of a successful thriller ...writing is oddly flat, and occasionally inexplicable ... Too much of the novel reads like stoned dorm room philosophizing; Erdrich's writing can be pretty, but it's too often unclear what exactly she's talking about ...a deeply frustrating novel, all the more so because Erdrich is capable of much better than this.
Read Full Review >>
See All Reviews >>
SIMILAR BOOKS
Fiction

A Shock
Keith Ridgway
Rave
What did you think of Future Home of the Living God?
© LitHub | Privacy