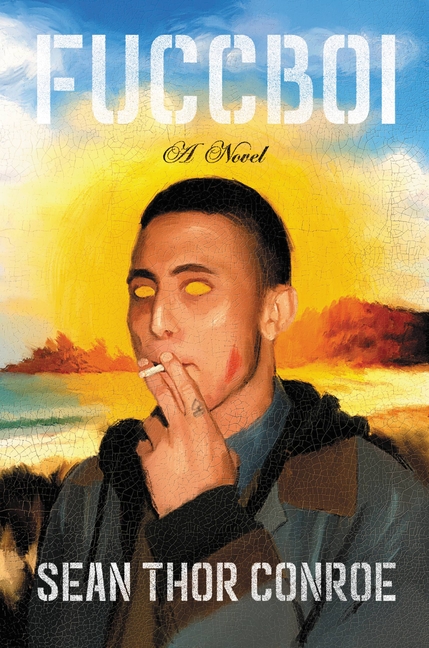 Set in Philly one year into Trump's presidency, Fuccboi follows Sean as he attempts to live meaningfully in a world that doesn't seem to need him. Reconciling past, failed selves—cross-country walker, SoundCloud rapper, weed farmer—he now finds himself back in his college city, beginning to wonder: How sustainable is this mode? How much fuckery is too much fuckery?

What The Reviewers Say
Positive Jay McInerney,
The Wall Street Journal
Fuccboi is long on style and short on incident, written in a slangy staccato first-person prose that sounds admirably fresh, at least in the early pages, and helps propel the narrative past significant longueurs ... Men are 'bros' and women are 'baes,' while almost all proper names are reduced to initials ... It’s hard not to be amused by a sentence like this, which invites the reader to participate in a coded form of communication, a kind of clubhouse argot—to be one of the baes or bros. At its best Conroe’s prose seduces, and like all good writing, demands a degree of intimacy between narrator and reader. Fuccboi though he may be in certain regards, Conroe’s persona here is endearing in its persistent self-deprecation. He is constantly second-guessing himself, particularly with regard to his masculinity ... We feel his pain, but unfortunately, we don’t feel that of his ex, or any of the other characters in the book, who are more ciphers than characters in the traditional sense. The narrator is a solipsist ... But he’s good company—thoughtful, insecure and questing. And he has a distinctive, compelling voice that strikes me as utterly of its moment ... As bookish as this novel is, it seems like a genuine attempt to speak to some of those who don’t normally give a shit about books...while also being worth the attention of those who do.
Read Full Review >>
Mixed Hermione Hoby,
Bookforum
A startling, scabrous, big swaggy flex of a debut ... Sean’s a charmer...and he’s funny with it ... The author demonstrates his fictive priorities. Personality is privileged over facts, voice over content ... Conroe is a protégé of the late and beloved Giancarlo DiTrapano of Tyrant Books, a publisher whose relationship to the mainstream was energetically antagonistic. In Fuccboi, a similar attitude presents in two ways, one more successful than the other. First, and most appealingly, it’s in the book’s magnetic voice, specifically, the total commitment to the distinctive argot by which this type of urban, young-millennial American male is recognizable ... There’s a seductive confidence in his full-blown, take-me-or-leave-me style ... Fuccboi’s style proves to be a more successful vehicle for a fuck-the-mainstream taunt than its substance ... Our man-of-the-people author (alma maters Swarthmore College and Columbia University, annual tuition $54,856 and $66,880) is not The People. As a general principle, the distance between author and autofictive narrator should be respected—this is literature, not life, and this is literature about how a life becomes literature. It is notable, then, that the fictive Sean is not (unlike Conroe, whose biography he apparently shares in all other respects) an MFA candidate at Columbia ... Instead of staying somewhere in the uneasy realm...Conroe’s book takes a strivingly exculpatory swerve, and in the process betrays its project ... Abandoning unanswerable inquiry for an embarrassingly binary alternative, Fuccboi finally asks a very dumb question: Is ya boy A Good Guy or A Bad Guy? ... It’s an ending to comfort the comfortable.
Read Full Review >>
Positive Kathy Sexton,
Booklist
Fuccboi is Conroe’s I-novel ... His struggle with being masculine but woke is psychosomatically explored as he develops a debilitating skin condition that a dermatologist believes may be due to a lack of testosterone. While metaphors like this are overworked, Conroe’s stylish, conversational writing (he thanks his publisher for letting him write how he talks) is intriguing and will appeal most to experimental fiction readers.
Read Full Review >>
See All Reviews >>
SIMILAR BOOKS
Coming Soon 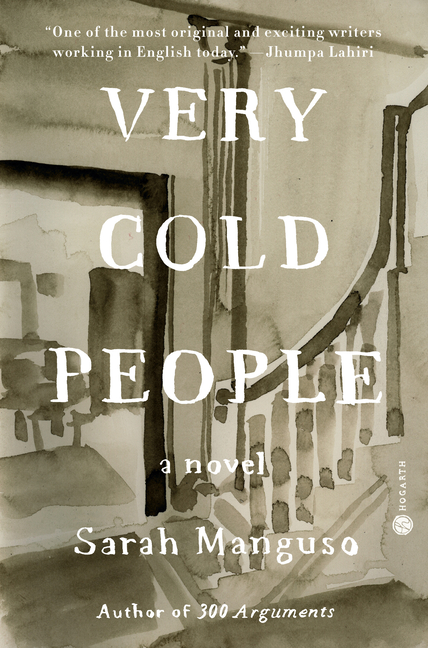 Nightshift
Kiare Ladner
Positive
What did you think of Fuccboi?
© LitHub | Privacy