From a Low and Quiet Sea 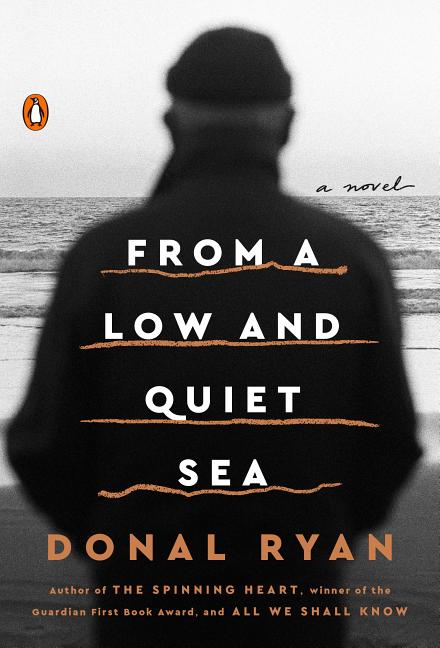 In this new novel by the Man Booker-nominated author of The Spinning Heart, three men—one of whom has fled the Syrian war with his family—search for a version of home, their lives moving inexorably towards a reckoning that will draw them all together.

What The Reviewers Say
Rave John Boyne,
The Guardian
In his fourth novel, Donal Ryan has not only bounded over a wall into new territory, but built himself a castle there ... The three stories are equally involving but it is only when the final section arrives that they are drawn together in the most heartbreaking manner. There are revelations to be found in the closing pages, and connections between characters that took me by surprise—making me utter an expletive aloud in Dublin airport while reading ... This is a superb novel, from a writer building a body of work the equal of any today. His books are filled with love and righteous anger, most of which lurks darkly beneath the surface ready to explode like an ill-judged comment at a family gathering.
Read Full Review >>
Rave Eithne Shortall,
The Times (UK)
Like its predecessors, the novel is concerned with the vulnerable, unspeakable and furious aspects of masculinity and is in Ryan’s distinctive colloquial style. The prose is laced with compassion and quiet emotion ... It is in the final 28 pages that the three strands, which sway in the same melancholic wind but rarely collide, are blown together in a gust of pacey, heart-wrenching action—and you realise they were destined to knot all along. The denouement, which comes in breathless bursts, is devastating. From a Low and Quiet Sea leaves you with that sense of discombobulating enlightenment that so often characterizes the quiet epiphanies of great short stories.
Read Full Review >>
Positive Rayyan Al-Shawaf,
The Washington Post
From a Low and Quiet Sea is so exquisitely rendered, with raw anguish sublimated into lyrical prose, that you sometimes overlook the meagerness of its slice-of-life offerings. Meager because Ryan abides with a character only long enough to lay bare his particular emotional trauma before segueing to another tortured soul. The good news is that he weaves his three protagonists’ deceptively discrete trajectories together, creating a triptych of poignant and at times haunting stories ... The overall outcome, however, is undeniably affecting — all the more so given Ryan’s skillful mapping of the stories’ various imbrications, which become apparent in the revelatory finale. Indeed, From a Low and Quiet Sea is too meticulously wrought and too artfully concluded to feel inchoate or truncated. Yet it does leave you wishing that Ryan had lingered a while longer with each of his disparate-yet-nimbly-linked protagonists.
Read Full Review >>
See All Reviews >>
SIMILAR BOOKS
Fantasy

Win Me Something
Kyle Lucia Wu
Rave
What did you think of From a Low and Quiet Sea?
© LitHub | Privacy