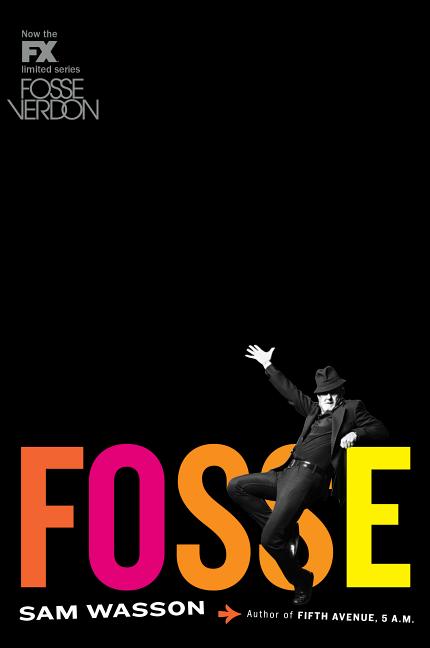 More than a quarter-century after his death, Bob Fosse’s fingerprints on popular culture remain indelible. The only person ever to win Oscar, Emmy, and Tony awards in the same year, Fosse revolutionized nearly every facet of American entertainment, forever marking Broadway and Hollywood with his iconic style. Drawing on a wealth of unpublished material and hundreds of sources, Wasson reveals the conflicted, prodigiously talented man behind the masterpieces.

What The Reviewers Say
Rave Dina Gachman,
The Los Angeles Review of Books
Sam Wasson’s biography about the great dancer/choreographer/director Bob Fosse gave me the same sort of exuberant rush I get when I watch dance movies. This fast-paced, fascinating read (even at over 600 pages) also got me thinking about why we crave stories involving intense, often excruciating physical struggle in the pursuit of art ... Wasson’s book does not shy away from the salacious; this is a fun biography, but he manages never to stray into tacky, Kitty Kelley territory ... After finishing Wasson’s book, you feel like you’ve been steeped in a life, enveloped in a whirlwind of jazz, sex, struggle, song and dance, and one man’s quest to break things open with his art — convention, sameness, phoniness, tradition. Fosse is a book celebrating a life, even though, as Wasson writes, Fosse 'had the jazzman’s crush on burning out.'
Read Full Review >>
Rave Ethan Mordden,
The Wall Street Journal
...[a] fascinating and exhaustive biography ... Fosse was as vital a character in his life as in his work, and Mr. Wasson accordingly narrates as if his book were a novel, a Faustian tale in which the protagonist is so gifted that he is bound to succeed even without supernatural help. But then, Fosse was the driver of the bargain as well as its victim ... Mr. Wasson has taken complete control of his subject. His catalog of interviewees, which allows him to reconstruct events and conversations in real time, includes an astonishing number of Fosse's colleagues and confidants. And his writing style mediates between the authoritative and the hip ... This book knows its subject's loves and his friends and his needs and, ultimately, his despair
Read Full Review >>
Positive Janet Maslin,
The New York Times
Mr. Wasson is a smart and savvy reporter, and his book abounds with colorful firsthand tales ... Fosse picks up steam, just as its subject did, when he hits the big time ... It heats up further when he meets Gwen Verdon, who became his third wife and most stellar dancing partner ... Fosse sprawls with details of each production. But it is less successful at conveying what the finished works were like ... A tighter book would have been welcome, though it might not have had room for the feuding and jealously that Mr. Wasson captures so sharply ... Whoever Fosse was and whatever his work meant, Mr. Wasson’s book is required reading for anyone eager to understand his brand of — to use a term that appears here constantly, and can’t be outdone — razzle-dazzle. And to see through his darkness
Read Full Review >>
See All Reviews >>
What did you think of Fosse?
© LitHub | Privacy