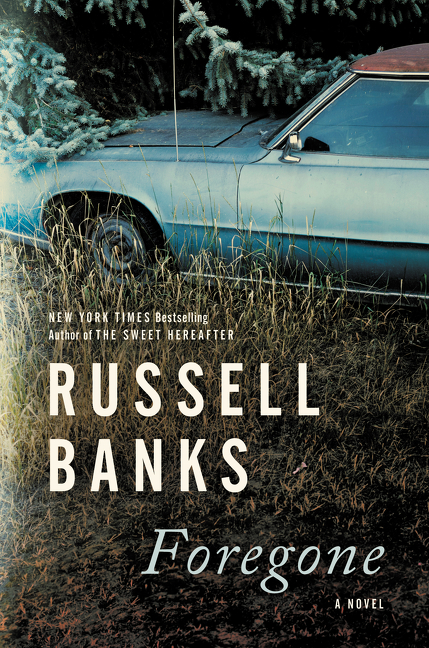 A septuagenarian leftist documentary filmmaker gives a last interview from his mythologized life to a former star student to whom he discloses his experiences as a draft dodger who fled to a new life in Montreal.

What The Reviewers Say
Rave Adam Haslett,
The New York Times Book Review
...furiously driven ...One of the main strands of Banks’s fiction has long been what you might call a working-class New England existentialism ... Foregone is in the same vein, only here the protagonist is an artist. And what Banks reveals of this artist’s life is a profound emptiness, seeded early on, which Fife has run from ever since ... As always, Banks’s prose has remarkable force to it ... The book’s real theme is the curse of being convinced that one is unlovable. And who among us hasn’t suffered that conviction to one degree or another?
Read Full Review >>
Rave Sam Sacks,
The Wall Street Journal
The mixture of bravado and vulnerability is characteristic of Mr. Banks’s impressive body of work, whose range has been underappreciated ... a gruff exterior covers an abyss of sentimentality ... This is a sensitive but dreary novel of valediction that pursues atonement without any apparent belief that such a thing is possible.
Read Full Review >>
Positive Rob Latham,
Los Angeles Review of Books
Foregone is, by far, the most cunningly metafictional novel of the author’s career ... readers, especially those who have already read Voyager and have begun to recognize the reverberations, can be forgiven for feeling as if they are trapped in a metafictional—and autofictional—echo chamber ... Foregone captures this sense of irremediable artifice in its very form, which resists straightforward chronology in its palimpsest of hazy memories, and even confuses interior and exterior worlds by refusing to circumscribe dialogue from introspection and narrative summary ... a crafty sense of recollection as fabulation, as well as a bracing willingness to place at the narrative center a character it is almost impossible for readers to like. The fact that this character is, here, a quasi-autobiographical surrogate only makes the strategy braver and more complexly engaging. This is not to say that Fife is totally unsympathetic. His rage at his failing body, and his terror in the face of imminent death, are captured with poignant precision. Indeed, I can think of few recent novels that have conveyed the fear of looming extinction...more powerfully, and Fife’s fervent urge to tell his tale before the curtain falls is ultimately admirable ... The only (somewhat) false note the book strikes is in the character of the Haitian nurse ... Renée thus comes as close as any character in Banks’s corpus to filling the dubious role of Magical Negro, though any reader who knows the author’s other fiction will probably be willing, as I am, to give him the benefit of the doubt here ... If Foregone turns out to be Banks’s final novel (and, given its many strengths, one hopes not), it is a profoundly compelling valedictory.
Read Full Review >>
See All Reviews >>
SIMILAR BOOKS
Coming Soon

The Magnolia Palace
Fiona Davis
Rave
What did you think of Foregone?
© LitHub | Privacy