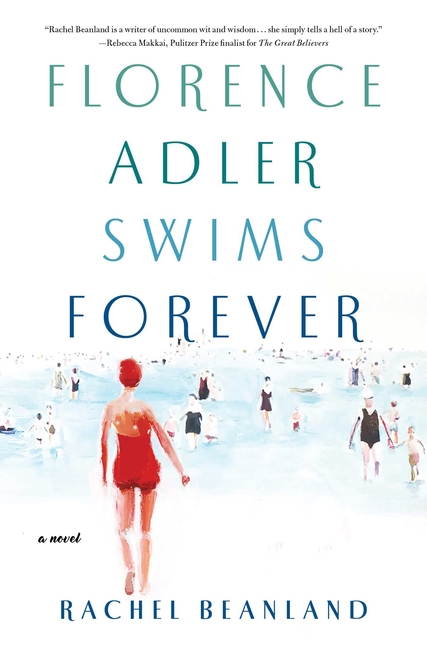 During a family outing on the beach, Florence Adler, while working toward her ambitious goal of becoming the first Jewish woman to swim the English Channel, drowns. Florence’s older sister, Fannie, is on bed rest as she prepares to give birth to her third child a year after having lost her second. The Adler family matriarch, Esther, decides it would be best to keep the tragedy from Fannie in order to minimize her risk of losing the baby. As the family fights against all odds to keep this huge secret, other issues are brought to light,

What The Reviewers Say
Rave Morgan Hines,
USA Today
I was gripped. In less than 10 pages, I became a mere subject of the audience, allowing Beanland's storytelling ability to overpower me, rather than taking the story in consciously and internally commenting ... What's remarkable is not how quickly the book hooked me, but how it held my attention during and after reading. After spending a pleasant afternoon flying through the first 96 pages, I woke up at 3 a.m. thinking about the plot. I simply couldn't put it out of my head. I finished in two days ... The juxtaposition of tragedy set against the backdrop of a vacation city makes the story all the more compelling ... Beanland takes readers through a family saga brimming with intimacy, bringing them as close to a fictional character as can be ... The greatest stories don't necessarily have happy endings. And Beanland's wraps in a way that satisfies a reader's appetite by essentially opening a new chapter for the Adlers and closing the old one for readers ... While I felt I wanted more when I turned the last page, mostly I felt awe. I sat for a minute, taking it in. Not unlike one would do, taking in the sunset on a beach – perhaps in Atlantic City.
Read Full Review >>
Positive Allegra Goodman,
The New York Times Book Review
The reader learns a great deal about these characters, even as they hide the truth from one another ... At times, the secrets in this novel strain credulity. Culturally, the desire to protect the family from bad news rings true; structurally, the machinations involved become problematic. It is hard to imagine pregnant Fannie would be passive and unquestioning for quite so long ... Beanland’s subplots also require willing suspension of disbelief ... Sometimes the plot works against the novel, so that an incident that initially sparks curiosity begins to slow the narrative ... Despite these limitations, Beanland’s novel draws the reader in. The situation she describes is poignant and the characters she develops win us over with their private grief. Beanland is particularly good at conjuring 1930s Atlantic City, with its small family-owned hotels yielding to larger, more commercial palaces.
Read Full Review >>
Rave Heath Hardage Lee,
The Washington Independent Review of Books
... old-fashioned historical fiction in the best sense. It envelopes the reader in a time and place rich with detail and historical event ... The kaleidoscope of viewpoints is tied together by this well-organized narrative structure, allowing the reader to easily follow the shifting emotions of each character, as well as how each comes to terms with their own grief over Florence ... Florence is such a vividly drawn character, with her red bathing cap and flapper insouciance, that one only wishes she could have stayed and been an active part of the narrative a bit longer. However, her strong personality suffuses the story with a joy for life that isn’t extinguished with her untimely death. She is a character who won’t be forgotten by her family and clearly one who inspired her descendants.
Read Full Review >>
See All Reviews >>
SIMILAR BOOKS
Fiction