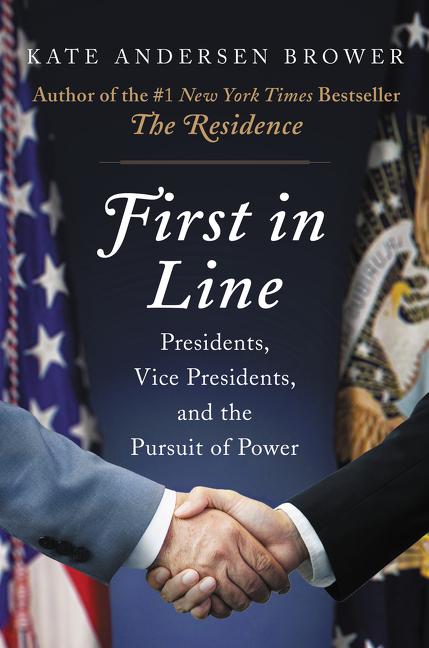 What The Reviewers Say
Mixed James Rosen,
The Wall Street Journal
[An] intimate, compulsively readable account of the dynamics that have shaped—and sometimes destroyed—relations at the top of the American political hierarchy ... Though Ms. Brower’s source notes make it difficult to tell which details are previously undisclosed, some seem newsy ... Alas, numerous problems plague the prose in First in Line, the most serious of which is narrative incoherence ... [Andersen presents] history as caricature. And the clichés proliferate.
Read Full Review >>
Positive Ray Locker,
USA Today
[A] crisp, engrossing new book ... First in Line is not a deep historical treatise that examines the lives and times of our recent presidents. It does not need to be. Instead, Brower delivers what she did in her previous books, a readable, insightful account of how the vice presidency has evolved and the men could end up in the Oval Office some day.
Read Full Review >>
Positive Amie Taylor,
Book Reporter
In riveting fashion, [readers are] treated to insider info on the vetting process that each vice presidential candidate undergoes... a tour and history of the Observatory... numerous photographs, and endless engrossing details of the circumstances under which some of the vice presidents were suddenly catapulted into the highest position in the United States government, all in an endlessly readable volume.
Read Full Review >>
See All Reviews >>
What did you think of First in Line: Presidents, Vice Presidents, and the Pursuit of Power?
© LitHub | Privacy