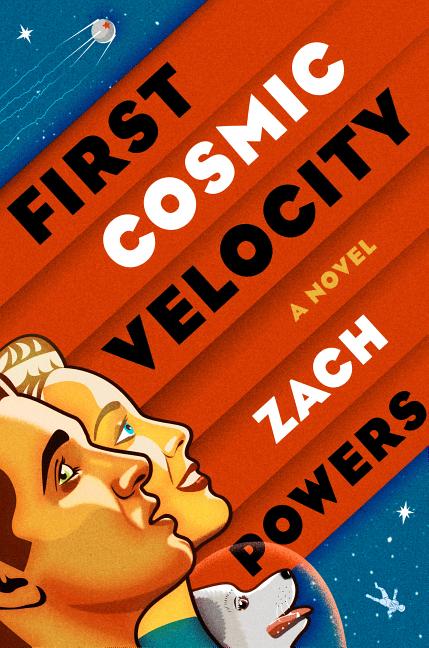 This debut novel from the author of the BOA Short Fiction Prize-winning Gravity Changes is set in the Cold War-era Russian space program, exploring the heights of mankind's accomplishments, the depths of its folly, and the remarkable magic of loyalty, love, and home.

What The Reviewers Say
Rave Matthew Jackson,
BookPage
Perhaps the greatest success of the novel is Powers’ ability to get inside Leonid’s head, to paint a portrait of the psychological whiplash he’s endured throughout his life ... Powers is unafraid to probe the confounding, often darkly comic answers to these questions, even if the answers are sometimes frustratingly uncertain. This attention to emotional detail, combined with a powerful supporting cast and a masterful sense of historical table-setting, makes First Cosmic Velocity a delightfully complex page-turner for space enthusiasts and fans of alternate histories. You will never look at the space race the same way again.
Read Full Review >>
Rave Allen Adams,
The Maine Edge
First Cosmic Velocity...is an absolute gem of a book, a tale of tragedy disguised as triumph. It is a beautifully-crafted work of literary genre writing—part historical fiction, part sci-fi, with hints of family drama and magical realism thrown into the mix as well. It’s a story unlike anything you’ve read, told from a perspective unlike any you’ve experienced ... Everything about First Cosmic Velocity works. The concept is outstanding and the execution is exceptional. The attention to detail is phenomenal, allowing for a clear and vivid picture of the behind-the-scenes chaos of the Soviet effort ... the characterizations are sharp, capturing the inner turmoil of those struggling with the moral and ethical ramifications of the work being done—and the willingness to push through in the name of scientific achievement and nationalist glory. What Powers does so beautifully is immerse the reader in the world that he has created.
Read Full Review >>
Positive Kendal Weaver,
The Associated Press
First Cosmic Velocity is a cleverly conceived and beautifully delivered novel that looks at the struggle for space supremacy from the Soviet side of the Cold War ... The darkness and gravity of the narrative is mixed with stirring prose and dialogue that make First Cosmic Velocity a novel of ideas from the Cold War era.
Read Full Review >>
See All Reviews >>
SIMILAR BOOKS
Fiction

Theatre of Marvels
Lianne Dillsworth
Positive
What did you think of First Cosmic Velocity?
© LitHub | Privacy