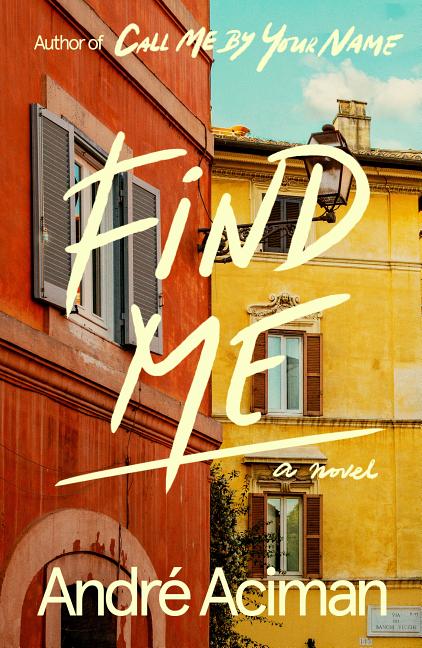 In this exploration of the varieties of love, the author of the worldwide bestseller Call Me by Your Name revisits Elio and Oliver decades after their first meeting.

What is this?
Mixed
Based on 26 reviews

What The Reviewers Say
Positive Josh Duboff,
The New York Times Book Review
The structure of Aciman’s sequel, Find Me, is likely to disappoint those who’ve been eagerly waiting to find out what has become of Elio, the earnest teenage piano prodigy, and his summer guest ... The first half of the new book concerns neither of these two lovers, and is told entirely from the perspective of Elio’s now-divorced father, Samuel, as he finds himself infatuated with a much younger woman he meets on a train ... it’s hard to read this section without feeling impatient for our leading men to take the stage ... Call Me by Your Name,...offered a visceral depiction of the all-encompassing and transformative properties of falling in love. Find Me, by contrast, turns its focus on the comedown, the second acts. It is a lyrical meditation on being forced to move to another location after the party’s over, on the Sisyphean task of trying to replicate the magic of young passion ... As much as we all may have craved 300 more pages of vivid descriptions of Oliver and Elio, together once more and vacillating between the throes of lust and torment,instead we are given a book that explores what can happen when your life gets away from you, when you realize just how much time you’ve wasted. It may not make for the stuff of glistening cinema, but it strikes an affectingly melancholy chord.
Read Full Review >>
Pan Katy Waldman,
The New Yorker
These characters are so unreal—she a wet dream, he a cipher—that any specificity at all becomes embarrassing, as if Aciman were revealing his particular turn-ons ... This points to a bigger problem with the book: since all of the narrators are in love and interact mainly with their lovers, the only opinions we ever hear expressed about these people are sweaty and rapturous. The result is a novel that feels besotted with its characters despite scant evidence of their charms. The sex writing itself is unfortunate ... Never has a whirlwind romance felt so interminable ... The leads in Call Me by Your Name were self-conscious and soulful, but they also scanned as sweet and curious; theirs was the insufferability of youth ... That universality has fled from Find Me, which feels alternately too vague, too offensive, and too ridiculous to do anything but place one’s empathic imagination on a rack until one surrenders to one’s own contempt ... The relationships in Aciman’s novel, be they transient or lasting, are marked by an affinity that tends to deepen through conversation, though it requires no words. It is all the more ironic, then, that this reviewer’s experience of Find Me was one of such profound disattunement. The book wants to be intimate, profound, but it reads as glib and remote, impervious to actual feeling. Indeed, the text seems not to account for an audience. An apter title would be Get Lost.
Read Full Review >>
Positive Arlene McKanic,
BookPage
We see nothing of the dark side of Italy, with right-wing politics or trash rotting in the streets because everyone’s on strike. In other words, the characters are as overprivileged as ever, and Aciman populates his novel with a sensual, almost overripe type of a man who swears he can’t live without Balvenie Doublewood 17 Year Scotch. Better yet, Aciman’s people are as foolish as ever, and their foolishness is their point of connection with the reader. It’s tempting to describe Find Me as a pleasant, post-summer diversion, but it’s deeper than that. It will remind you of that one person you loved and lost and maybe found again. True, the book is lush, but it’s also bittersweet and nostalgic and a bit heartachey. Autumnal is probably the best word to describe it.
Read Full Review >>
See All Reviews >>
SIMILAR BOOKS
Fantasy

Win Me Something
Kyle Lucia Wu
Rave
What did you think of Find Me?
© LitHub | Privacy