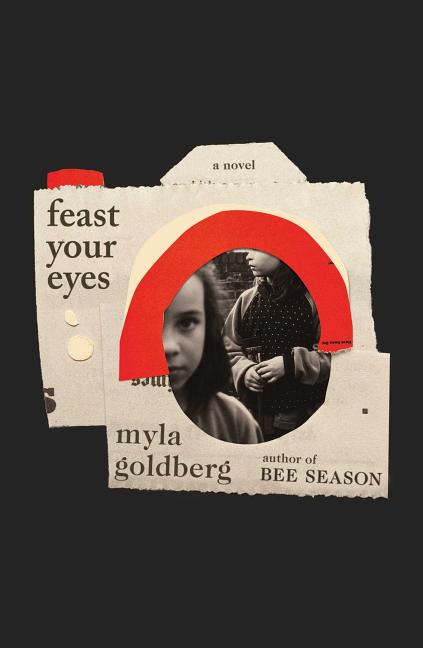 A novel about a female photographer grappling with ambition and motherhood, a balancing act familiar to women of every generation.

What The Reviewers Say
Rave Dave Wheeler,
Shelf Awareness
... a marvelous feat of the imagination ... Goldberg conjures unseen photographs with astounding skill, describing a body of work that captures Lillian's era as readily as it speaks to the author's own. Art can be a dangerous endeavor for creator and viewer alike; the greater the response, the more effective the piece. Feast Your Eyes inhabits this tension with immense grace and empathy, challenging the perennial urge to stifle what doesn't conform to a given community's standards. The consistently ambitious Goldberg has once again delivered a remarkable piece of literature. Feast your eyes, indeed; there is much to digest.
Read Full Review >>
Positive Joanna Rakoff,
The New York Times Book Review
...ambitious ... Goldberg’s passionate depiction of Lillian rings heartbreakingly true at a moment when discussions of emotional labor dominate certain sectors of the media ... At times, Goldberg crosses the slender line between clever and cute ... The constraints of the catalog form, hinging on descriptions of photographs we cannot see and Samantha’s labored contemplations of how Lillian might have composed them, grow tedious as the novel wears on ... Though the novel’s plot hinges on the obscenity trial, its most powerful moments arrive in the form of Lillian’s wrenchingly intimate reflections in her journal.
Read Full Review >>
Positive Chris Hewitt,
Minneapolis Star Tribune
The faux catalog entries are the best parts of Feast Your Eyes ... Goldberg expertly differentiates the voices of the interviewees who help Samantha figure out who her mother was ... One of the big pleasures of the novel is Goldberg’s uncanny ear, which nails everyone from Grete, a Scandinavian-American friend with a wry sense of humor, to Nina, a bulldozerish gallerist who spearheads an obscenity court battle that overwhelms the increasingly unwilling Lillian and Samantha ... Lillian remains a frustrating character, too obtuse to see the damage she’s doing to her own daughter and too work-obsessed to understand how much she’s harming herself. For most of its length, “Feast Your Eyes” is a fascinating attempt to know a person we suspect is unknowable, but the best approach to reading Goldberg’s book may be to realize from the beginning that its shutterbug subject will forever remain a blur.
Read Full Review >>
See All Reviews >>
SIMILAR BOOKS
Fiction

Theatre of Marvels
Lianne Dillsworth
Positive
What did you think of Feast Your Eyes?
© LitHub | Privacy