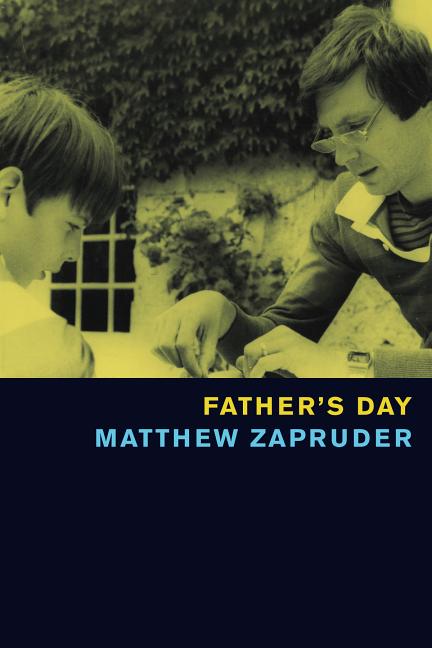 The poems in Matthew Zapruder’s fifth collection ask, how can one be a good father, partner, and citizen in the early twenty-first century?

What The Reviewers Say
Rave Troy Jollimore,
The Washington Post
Matthew Zapruder’s poems are among the friendliest in contemporary poetry. I don’t mean that they are eager to please, or accessible in the sense of being easy and unchallenging. Their meanings, in fact, can be quite elusive, and they are, as well, reliably strange, displaying a kind of gentle, domestic, frequently humorous surrealism. But his poems manifest, or perhaps presuppose, the intimacy of friendship, written in the voice of someone you know and trust who has let his guard down in an attempt to unburden himself or describe his experiene ... Because Zapruder writes in very short lines and uses very little punctuation, it’s often fascinatingly unclear just how to parse his thoughts, or where his sentences begin and end ... Zapruder’s new book is firmly situated in its (and our) political moment, and is anchored by a compelling gravity and urgency. His past poems sometimes hid themselves behind a shield of protective irony, using a deflective wit to reassure readers that there was nothing serious at stake. But the new book makes clear that there is a great deal at stake, if not in the poems themselves (Zapruder is reliably and admirably clear-headed about the unlikelihood that any given poem will alter our situation or fix our problems) then in the world with which they engage ... Zapruder’s sense of humor, and his refusal to exempt himself from the possibility of responsibility, not only prevent him from being very angry for very long, they also enable his poems to avoid the perils of didacticism and hectoring self-righteousness that mar so many attempts at political poetry ... Many poets today strive for an appearance of unflappable coolness, and I greatly admire Zapruder’s willingness to skirt the boundaries of sentimentality in passages like this. Reading Father’s Day not only made me feel less alone, it also reminded me how great, in times of confusion, frustration, and shared anxiety, is our human need for tenderness, for forthright yet gentle speech, and for unashamed sweetness.
Read Full Review >>
Rave Barbara Hoffert,
Library Journal
In frank, unadorned language that pours stream of consciousness–like down the page, suggesting urgency and unbounded emotion, Zapruder offers a moving mediation on fatherhood ... Zapruder ably articulates his struggle...And he also confirms the special beauty his son brings ... A profoundly heartfelt and thoughtful book for all readers.
Read Full Review >>
Positive Keith Taylor,
The New York Journal of Books
... good poems, often exceptionally good poems ... Zapruder’s language is simple and accessible, his lines short and fast, carrying the reader quickly through the poems. His syntax can get complicated at times, almost as if the poet wanted to slow the poem down to make the reader pay closer attention ... It is somewhere in the fearful and joyful fragility of love where Matthew Zapruder’s readers are brought 'to that place beyond words.'
Read Full Review >>
See All Reviews >>
SIMILAR BOOKS
Fiction

Fantasia for the Man in Blue
Tommye Blount
Rave
What did you think of Father's Day?
© LitHub | Privacy