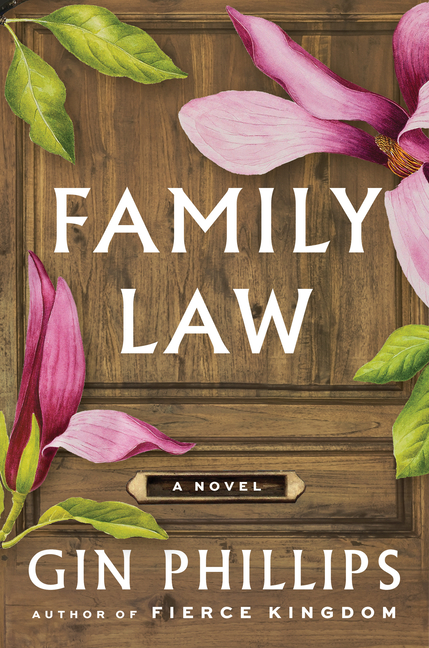 When an ambitious female lawyer becomes the victim of harassment, she must decide what's more important: her family's safety or the rights she's fighting for? Set in Alabama in the early '80s, Family Law follows a young lawyer, Lucia, who is making a name for herself at a time when a woman in a courtroom is still a rarity. She's been the recipient of threats and vandalism for her work extracting women from painful and sometimes dangerous marriages, but her own happy marriage has always felt sheltered from the work she does. When her mother's pending divorce brings teenaged Rachel into Lucia's orbit, Rachel finds herself smitten--not just with Lucia, but with the change Lucia represents. Rachel is out-spoken and curious, and she chafes at the rules her mother lays down as the bounds of acceptable feminine behavior. In Lucia, Rachel sees the potential for a new path into womanhood. But their unconventional friendship takes them both to a crossroads. When a moment of violence--a threat made good--puts Rachel in danger, Lucia has to decide how much her work means to her and what she's willing to sacrifice to keep moving forward.

What The Reviewers Say
Positive Ray Palen,
Bookreporter
[Phillips] is flexing her writing muscles once again as Family Law is a completely different type of novel but still possesses her trademark of complex female relationships in dangerous circumstances ... Readers become keenly aware of how important it was for women to bond with one another and stay connected at a time when they were fighting for equal rights.
Read Full Review >>
Mixed Konstantin Rega,
Virginia Living
Though the scenes of Lucia, her husband Evan, and Rachel sitting together in the living room drinking ginger ale are charming and have an innocent air to them, there isn’t enough meat to their more mature relationship a few chapters later. But perhaps this is purposeful, meant to show how childhood fixations dissipate or become disillusioned as time goes on. Yet, that cannot be it, for Rachel still idolizes the lawyer into her high school years ... I wanted more conflict ... Where’s the struggle of internal emotions? There doesn’t seem to be enough external action to propel internal, cognitive change or reaction ... Gin Phillips wants the reader to see that not all women are victims, that there are some women who instigate trouble for selfish reasons. This, naturally, makes for great reading. Family Law brings together two characters and jockeys them around, showing how a younger generation can follow and then become someone other than mommy's little girl.
Read Full Review >>
Positive Kathy Sexton,
Booklist
Phillips (Fierce Kingdom, 2017) nails dialogue and characters’ emotions even as the loose plot meanders. The gentle foreboding lends an air of suspense, and the era’s details (Tab, anyone?), misogyny (which Phillips explores well), and racism (which she could have explored further) fill out the setting. Fans of character-driven women’s fiction should be on the lookout.
Read Full Review >>
See All Reviews >>
SIMILAR BOOKS
Fiction

The World and All That It Holds
Aleksandar Hemon
Rave
What did you think of Family Law?
© LitHub | Privacy