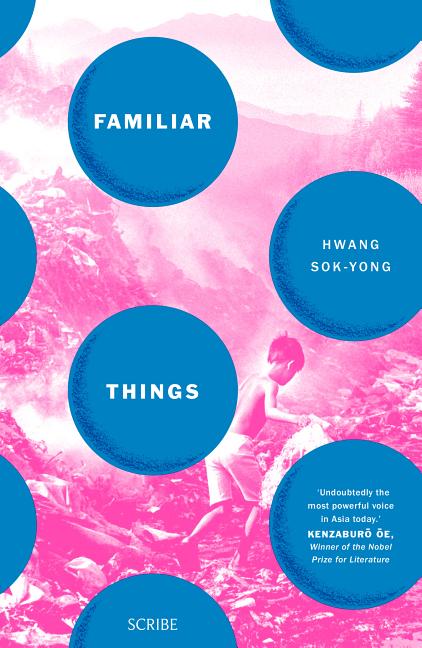 From one of South Korea's foremost writers, an examination of the darker side of modernization through the micro-society of a rubbish dump and a haunting reminder to us all to be careful of what we throw away.

What The Reviewers Say
Rave Fionn Mallon,
The Los Angeles Review of Books
Hwang mounts a pointed critique of the economic and political paradigms of the [Korean] peninsula ... For a reader less familiar with the political history of the region, Hwang’s critiques are doubly illuminating. They bring into focus many of the systemic ills that plague South Korea, which have long been overshadowed by the more blatant and gloomy realities to the north. Rather than depicting a glittering utopia nestled next to a barren nightmare, as the contrast is often portrayed in the West, Hwang fleshes out a much more honest and uncomfortable vision of the dispersion of tyranny throughout the peninsula ... Its stark treatment of alienation and subjugation makes the book compelling reading, even if its precise genre is unclear. On the one hand, Flower Island really was a major municipal landfill on the edge of Seoul ... On the other hand, the presence of the dokkaebi [spirits] and the overall picaresque tone lend an air of surreality to an otherwise grittily realistic tale ... Familiar Things is a cautionary tale, both a mirror and a portent for our own world. Yet, though it is a tragic tale, it is also a defiantly optimistic one ... the inhabitants of Flower Island live one day at a time, adapting, helping one another, and finding those familiar things that make life worth living—in short: building a new world out of the rotten husks of the old.
Read Full Review >>
Positive John Feffer,
Boston Review
...a powerful and potentially contentious reminder of the difficult backstory to South Korean success ... Familiar Things resonates with today’s political moment even though it is set in the early 1980s ... Hwang has wrestled with the challenge of North Korea as both a novelist and a progressive activist.
Read Full Review >>
Rave Emma Schneider,
Full Stop
Hwang Sok-Yong’s novel presents a blunt portrayal of the marginalized lives of those who live on Flower Island, a once fertile place that has become the landfill for a nearby city ... But the transition to life on Flower Island does not only offer horror. Familiar Things makes clear the degree to which life as a garbage scavenger offers Bugeye and his mother a modicum of independence and dignity in comparison to the other options available to them ... Although Hwang Sok-Yong describes a world that is terrible to imagine, he does not fetishize it. Monstrous events occur, but the descriptions do not revel in the graphic details such that they become offensively gratuitous. Familiar Things’ language is simple. It does not linger in metaphor or unusual turns of phrase. Sora Kim-Russell’s translation feels unstilted and easy. The novel’s uncomplicated style suits its purpose, presenting determined existence rather than romanticized horror. The plain prose also conveys the great sadness of the novel without becoming saccharine ... Familiar Things challenges readers to see everyday objects in an alternate light, while also understanding that this life of scavenging is a familiar one for many people.
Read Full Review >>
See All Reviews >>
SIMILAR BOOKS
Fiction