Evolution of Desire: A Life of René Girard 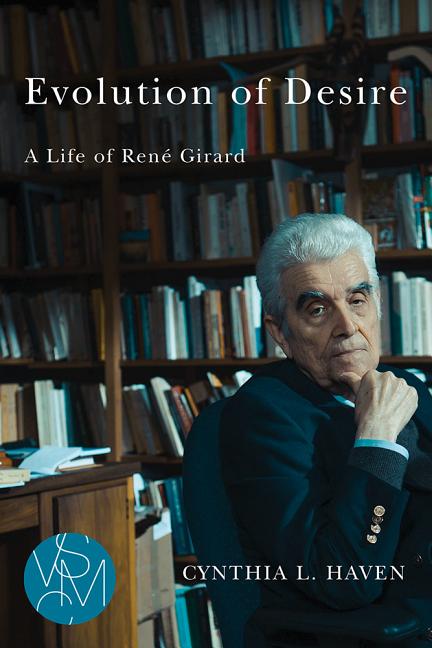 In this mix of biography, memoir, and primer on the ideas of René Girard (1923-2015), Cynthia L. Haven traces the evolution of Girard's thought—particularly on mimetic desire—in parallel with his life and times.
Positive
Based on 5 reviews

What The Reviewers Say
Rave Marilyn Yalom,
The Wall Street Journal
Her carefully researched biography is a fitting tribute to her late friend and one that will enlighten both specialists and non-specialists alike ... Ms. Haven’s ability to interweave Girard’s life with his publications keeps her narrative flowing at a lively pace. For a man who woke every day at 3:30 a.m. and wrote until his professorial duties took over, it would be enough for any biographer to focus on his intellectual life, without linking his thoughts to a person ambulating in the world. Fortunately, Ms. Haven portrays Girard as he interacted with colleagues, students, friends and family ... The chapter Ms. Haven devotes to a major conference organized by Girard and his [Johns] Hopkins associates in 1966 reads like an uproarious movie script featuring the oversize egos of the all-male cast, most notably the French psychoanalyst Jacques Lacan. Even as Girard negotiated the politics of American academe and international rivalries, he drew strength from his Catholic faith. Ms. Haven sympathetically recounts his conversion experiences in 1958 and 1959. At a time when atheism was practically de rigueur among French intellectuals, Girard came out not only as a believer but also as a spokesman for what he called the 'truths of Christianity.'
Read Full Review >>
Rave The Inquirer
Girard, who died in 2015 at 91, ventured into many disciplines. And Cynthia Haven’s Evolution of Desire is an ingenious travelogue of his life and thought ... Haven’s book, in fact, is something of a marvel. She knew Girard and got to know his friends and colleagues. She guides the reader along the trail of evidence, sketching deftly those she talked with and showing how she arrived at her conclusions. The result is an an extraordinarily vivid portrait of a man admired not just for his intelligence and erudition, but also for his character, wisdom, and humor.
Read Full Review >>
Mixed Christopher Shinn,
The Los Angeles Review of Books
Evolution of Desire is Cynthia Haven’s elegant attempt to introduce the general reader to Girard’s ideas by combining them with the story of his life ... These ideas, which Girard would develop and refine over the following decades, are simple enough in summary, and Haven does an adequate job articulating them. But her summaries lack Girard’s marvelous subtlety, sense of paradox, and psychological depth ... Her biographical treatment is effective, but only to an extent. While Haven deftly recounts the major early life events—a mischievous childhood in Avignon, an unhappy period of study in Paris during the occupation, the fateful decision in 1947 to go to the United States—her subject’s characteristic reticence minimizes their resonance ... Haven gives us a sense of Girard as charismatic and somewhat mercurial—often dazzling, genuine, and capable of great warmth, yet also sometimes insensitive and aloof—but his inner world remains mostly opaque ... That is why the book’s final chapters are so welcome ... In its tender closing chapters, Cynthia Haven’s moving portrait inspires readers to look inward and scrutinize themselves, unsparingly yet forgivingly—just as Girard would have wanted.
Read Full Review >>
See All Reviews >>
What did you think of Evolution of Desire: A Life of René Girard?
© LitHub | Privacy