Everyone Knows How Much I Love You 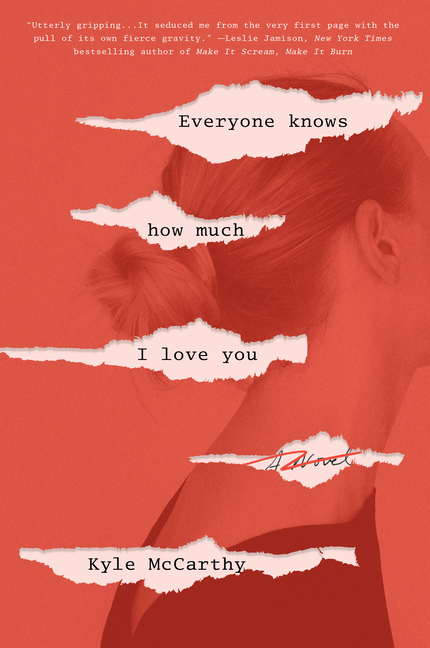 At age thirty, Rose is fierce and smart, both self-aware and singularly blind to her power over others. After moving to New York, she is unexpectedly swallowed up by her past when she reunites with Lacie, the former best friend she betrayed in high school. Captivated once again by her old friend’s strange charisma, Rose convinces Lacie to let her move in, and the two fall into an intense, uneasy friendship.

What The Reviewers Say
Positive Kathy Sexton,
Booklist
McCarthy unfolds the story in a delightfully suspenseful way, even while some bombshells fizzle, using the duplicitous and unreliable Rose to full effect. Readers who need a character to root for won’t find one here, but those who enjoy books about the dark side of female friendship—think Megan Abbott—will be right at home.
Read Full Review >>
Positive Kirkus
... an utterly taut construction, as unsettling as it is propulsive ... Ironically, as Rose’s agent compliments her on her portrayal of the fictional Lacie, the other Lacie—the one we’re reading about—remains something of a cipher. Rose grows into one of the more complex—and, sometimes, plainly repugnant—characters of recent fiction, but Lacie, the object of her fascination, remains, for most of the novel, just that: a blank object ... McCarthy’s debut, with the acumen of the best literary fiction and the suspense of a psychological thriller, is a marvel.
Read Full Review >>
Positive Publishers Weekly
... grimly comic ... A classic unreliable narrator, Rose glibly explains away even her most horrific actions. McCarthy’s pitch-dark tone extends outward from her narrator to the rest of the cast of characters, all motivated by self-interest and most even less self-aware than Rose. This is a deliciously incisive tale.
Read Full Review >>
See All Reviews >>
SIMILAR BOOKS
Coming Soon

On Java Road
Lawrence Osborne
Rave
What did you think of Everyone Knows How Much I Love You?
© LitHub | Privacy