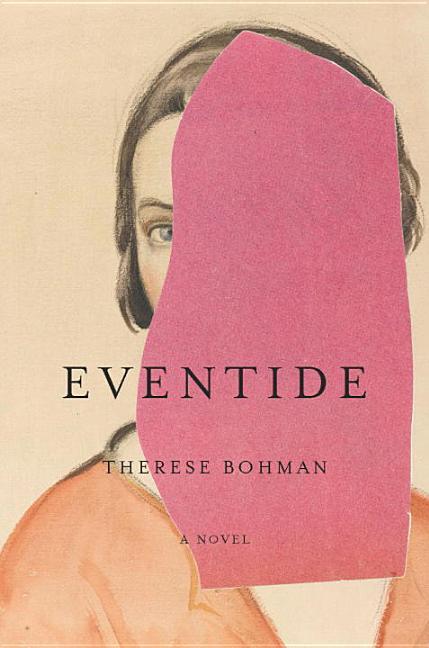 An art professor at Stockholm University who has just ended an 11-year-relationship navigates through and meditates on her place in academia as well as in the realms of love and eroticism.

What The Reviewers Say
Rave Randy Rosenthal,
The Los Angeles Review of Books
It's rare when a literary character is defined by what they think and not by who they are or what they do. Herein lies the allure of Karolina Andersson, the protagonist ... Eventide is full of damn fine writing, but it’s the novel’s irreverent attitude toward feminism that makes it as challenging as it is necessary to read ... She’s a cheater, encourages others to cheat, and has inappropriate relationships that could get her fired. She drinks a river of wine and wastes a lot of time on the internet. Just the same, Karolina is so well drawn that she’ll be instantly recognizable to readers ... Karolina lives by her own terms, and that alone is a courageous kind of success. Maybe the most important kind.
Read Full Review >>
Positive Judith Reveal,
The New York Journal of Books
The reader is challenged to follow the gossamer threads of the story as conveyed through Karolina’s thoughts, as these thoughts often digress from the storyline, which itself is often opaque ... Her thoughts often veer off in unusual directions as she considers things such as experiments with apes and traumatic events with ferries crashing into towns. And yet, as the human thought process often goes, these thought mazes are accepted as normal. It is at times difficult to maintain the interest that this book deserves because of the internal narrative of the main character ... There are moments when the clutter of Karolina’s thoughts drags the reading almost to a halt, but taken on the whole, the book puts us in mind of our own thought processes and the many directions they take on any given day. The book is a good read for when there is plenty of time and few distractions.
Read Full Review >>
Rave Hans Rollman,
PopMatters
What is in essence a tale of loss and healing is prevented from collapsing into convention, thanks to the subtle touches of its thoughtful and talented author. While the women in the story are the ones struggling to deal with their respective losses, they are also the ones defining their lives, with autonomy and authority ... Bohman is a powerful artist of human feelings, and presents a compelling portrait of the inner life of the woman at the heart of her novel ... Bohman deftly portrays the inner soul of such a woman in all the complexity and contradictions this requires: she drifts from exultant highs at her professional and sexual achievements, to the pits of despair and self-loathing, where she questions the value of everything she has achieved ... For a novel which largely explores the feelings and experiences of a single woman, there's nothing stilted or laborious about it; the prose is light and engaging and draws the reader in with a desire to understand its central character and to see how she engages with the unpredictable turns of her life ... a highly rewarding read.
Read Full Review >>
See All Reviews >>
SIMILAR BOOKS
Fiction

Fake Accounts
Lauren Oyler
Positive
What did you think of Eventide?
© LitHub | Privacy