Eden's Outcasts: The Story of Louisa May Alcott and Her Father 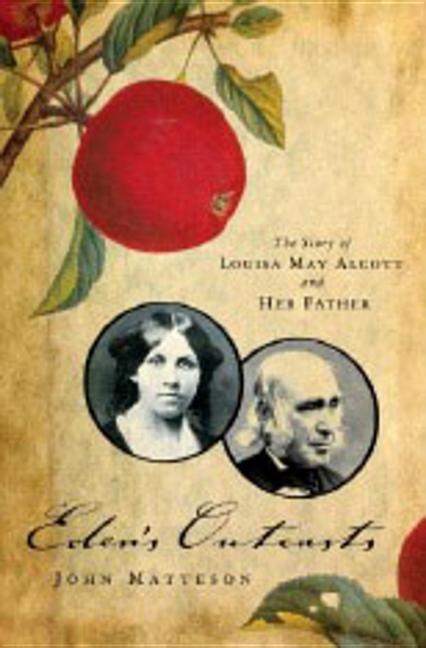 This Pulitzer Prize-winning biography looks at the personal life behind the beloved author of Little Women, highlighting the tense yet loving bond between Louisa May Alcott and her father, Bronson, and its impact on her life and work.

What The Reviewers Say
Rave Rosemary Hill,
The Guardian
It is a tribute to the subtlety of John Matteson's sympathetic, compelling and at times very funny book that we are left, like many of Bronson's contemporaries, unsure what to make of him ... A double biography is a difficult thing to bring off but Matteson does it beautifully, giving a vivid but delicate account of two complicated characters inextricably entwined. The balance of his narrative tips naturally from father to daughter as Louisa emerges from Bronson's shadow, though never from his influence.
Read Full Review >>
Rave Barbara Lloyd McMichael,
The Seattle Times
In Eden's Outcasts, Matteson pays assiduous attention to detail (over a thousand footnotes!) and offers perceptive literary critiques. Nonetheless, this book should have appeal beyond academia. Bronson Alcott and Louisa May Alcott may be larger-than-life personas in the history of American letters, but this engaging dual biography points out how thoroughly human they were.
Read Full Review >>
Positive Diane Leach,
PopMatters
This double biography of Bronson and Louisa Alcott necessarily skews toward Bronson’s life, a long 86 years compared to Louisa’s 56. And though Pulitzer Prize winner John Matteson does an excellent job enlivening his subjects, Bronson Alcott was an utterly exasperating man ... Matteson goes into great detail about Concord, New Hampshire and the thinkers who lived there during the last half of the 1800s ... Matteson takes great pains to draw connections between father and daughter: their identical birthdays, their writing, their deaths ... While the comparisons can seem forced, there is no question that their deaths were uncanny ... Author John Matteson won the Pulitzer Prize for this book, and deservedly so. The depth and scope of his research is admirable. Yet he occasionally falls prey to applying modern-day interpretations to events that transpired over a century ago ... But this is a minor quibble in an otherwise fine and often moving biography.
Read Full Review >>
See All Reviews >>
What did you think of Eden's Outcasts: The Story of Louisa May Alcott and Her Father?
© LitHub | Privacy