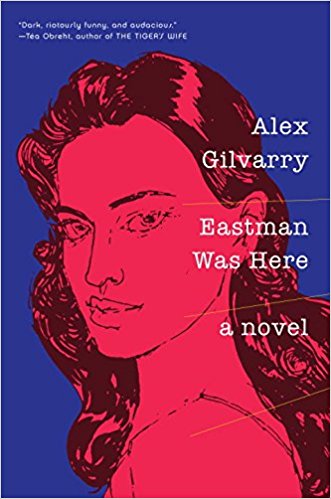 A satirical novel, set in New York and Saigon in 1973, about a Norman Mailer-esque literary lion, his fame faded, who accepts an assignment covering the last days of the Vietnam war in an attempt to revive his respectability as a writer and win back his wife.

What The Reviewers Say
Positive Nina MacLoughlin,
The Boston Globe
Gilvarry is a master of the secondary character — Eastman’s exchanges with newspapermen, bigwig editors, a cop buddy, are lively and sharp. While in Saigon, Eastman is taken by a thirty-something correspondent named Anne Channing, a savvy, brave, and intelligent woman who proves his better in all respects, a foil through which we see all that Eastman is not. Some of the chapters are written from her perspective, which gives us a welcome respite from Eastman’s deluded buffoonery ... Gilvarry has given us a portrait of toxic masculinity — one that feels as if it both belongs to a certain time and is still familiar. His Eastman is a riveting, loathsome presence who demands to be loved and remembered. He is not likable, but human. There is much to admire about this book, but in the end, though, questions linger: Haven’t we had enough Eastmans (and men like him)? Did we need another?
Read Full Review >>
Positive B. David Zarley,
Paste
...delicious, biting, xenomorph-blood-acidic satire ... Eastman Was Here equal parts distressing and cathartic. Distressing in that A) Gilvarry’s satire is so spot on it can be uncomfortable (which is to its credit), and B) there is doubtless some aspiring writer out there who is reading about poor Eastman’s successes and nodding his head yes. He is, of course, a lost cause until he finds himself anyway, but the fear still creeps ... The real question is, can we enjoy Gilvarry’s vicious joke in a moment in time wherein the Fragile Male Egos he’s mocking are bellowing their death rattle? Can we enjoy the righteous pressure on the sinking porcelain porcine while King Pig himself is on the throne? Is the toxicity level too high for venom to be effective? Or is now the perfect time? I suspect the answer to these questions depends on the reader. As a cis-straight-white-male-narcissist myself, I thrill at Gilvarry’s thorough and surgical dismemberment of my peers. Where I anyone else, however, I suspect I’d feel that Eastman’s fate isn’t harsh enough. Even now, part of me prays that he had found his tortured brain aerosolized in Vietnam.
Read Full Review >>
Rave Publishers Weekly
Gilvarry is skilled at highlighting the humor of hypocrisy, jealousy, exaggeration, and foolishness through scenes that crackle with amusing dialogue. The supporting characters come alive and animate every page, and play well off of Eastman, who, though volatile, petulant, and infuriating, still somehow comes across as endearing. Gilvarry succeeds in drawing Eastman as a convincing and recognizable composite of the breed of male figureheads who dominated American letters in the middle of the 20th century, only to realize the tides were slowly but surely beginning to turn against them.
Read Full Review >>
See All Reviews >>
SIMILAR BOOKS
Fiction

Milk Fed
Melissa Broder
Rave
What did you think of Eastman Was Here?
© LitHub | Privacy