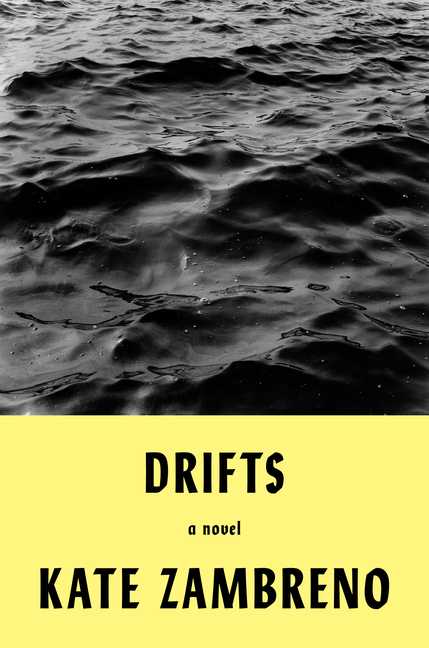 Drifts is an intimate portrait of reading, writing, and creative obsession. At work on a novel that is overdue to her publisher, spending long days alone with her restless terrier, corresponding ardently with fellow writers, the novel's narrator grows obsessed with the challenge of writing the present tense, of capturing time itself.

What The Reviewers Say
Rave Kathryn Justice Leache,
BookPage
... a kind of inverted mindfulness exercise in book form, fixed on pinning moments down like so many butterflies. Zambreno has abstained from the novelist’s traditional task of keeping a story arc aloft ... If this sounds like veiled criticism, it isn’t, though it probably should be taken as a warning to anyone hungry for more conventional fare. But for readers in the mood for an adventure, this is a giddily enjoyable read, emotionally conspiratorial in tone, full of brilliant critical observations and realistic depictions of the dramas in a modern artist’s daily life, the small ones as well as the life-altering ones.
Read Full Review >>
Rave Sean McCoy,
The Rumpus
...unspools as coolly as ribbon in the wind ... As different times, texts, and experiences continue to accumulate in Zambreno’s controlled and well-paced collage, the past seems ever more present, and the future ever closer to touch ... her narrator’s ambition, and literary and artistic attentions, provide the critic with a ready-made template for assessing her own work. Passages devoted to Hardwick or Kafka flow with impressive ease into those portraying the narrator’s intimate struggles to live and make a living from her art, the minutiae and mundanity and embarrassing moments all given equal weight and measure. By elevating the status of the fragment, then restricting the fragment to its most minimal form—dead time, blank space: nothing—Zambreno empties her text and revels in the resultant openness: the opportunity to ruminate, to record, to connect a disparate set of influences and ephemera, in prose that provokes without need of plot. 'Art for me is a way to remark upon solitude,' writes the narrator. 'A way to mark time.' Likewise for Zambreno, whose avowed 'worklessness' undergirds this abundantly productive and imaginative work.
Read Full Review >>
Positive Catherine Lacey,
The New York Times Book Review
Zambreno draws on autobiography but never leans on it. Her narrators are prone to quoting Barthes or Sontag or deconstructing art-house cinema, but her sentences are always airy and streamlined, full of wit and candor ... I enjoy and admire Zambreno’s work so much that I resisted accepting that there is a flaw in this book: The structure of the narrative suggests that childbirth is the answer to every question she’s been asking, a necessary redemption from her existential woes ... I would have welcomed a portrait of the mother masturbating herself into a Walser-y stupor between diaper changes, but I’m a little baffled that a book suspicious of tidy narratives seems to conclude on the healing powers of childbearing. Still, other readers may be reassured by the suggestion: that an artist will always be dissatisfied with her output, but parents will be enraptured with theirs.
Read Full Review >>
See All Reviews >>
SIMILAR BOOKS
Fiction

Vladimir
Julia May Jonas
Rave
What did you think of Drifts?
© LitHub | Privacy