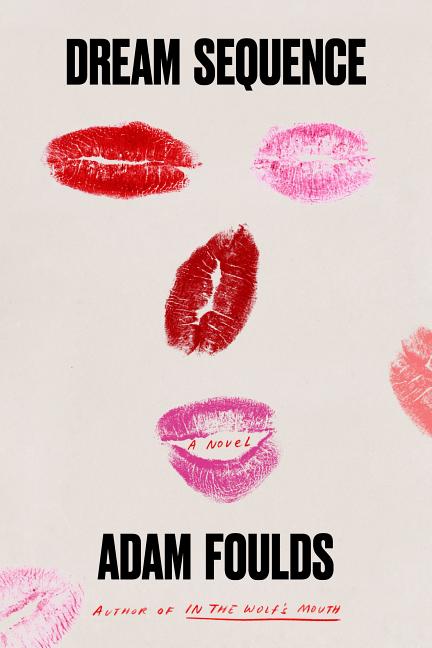 Adam Foulds, the award-winning author of The Quickening Maze, pens a vision of the damage done between a fan and a celebrity where the borders between inner and outer life have been made porous in a world full of flickering screens large and small.

What The Reviewers Say
Rave Sheena Joughin,
The Times Literary Supplement (UK)
Dream Sequence notices everything ... Description is intimate and visceral, scratching at the glossy surface of the lives of the characters and underpinning the 'vacuum' they move through, together but apart ... This is a novel of screens, of echoes and constant counterpoint, driven by changes in light as much as its reflective plot where matters of 'acting' are paramount ... [a] shimmering novel.
Read Full Review >>
Positive Julie Klam,
The New York Times Book Review
While Henry’s motivations are pretty transparent, Kristin’s are more of a mystery: What brought her to this place? ... What ultimately causes Kristin to lose her grip on reality isn’t clear, but when she sets off to London to make her and Henry’s relationship real, it is more than a little unnerving ... Dream Sequence succeeds as a narrative thanks to Foulds’s prose. He doesn’t waste a single word, is frequently very funny, insightful and surprising.
Read Full Review >>
Rave Philip Womack,
The Specator (UK)
An exquisitely concocted, riveting account of artistic ambition and unrequited love verging on obsession ... Foulds introduces a note of gentle satire, particularly in the overblown way that film people talk about their own essentially vainglorious projects, and in their convoluted complicity with regimes such as Qatar ... despite Henry’s many obvious flaws, Foulds frames him carefully, so that his story becomes urgent: he isn’t an empty-headed luvvie but someone engaged in that most modernist mission — the quest for himself. There’s an oddity about the timings of the plot — a letter delivered much later than I thought it had been — which lends the whole a dreamy sheen. Are we all dreaming? And what happens when we wake? ... Foulds is proving himself to be a versatile writer of intelligence and charm. Dream Sequence is a relatively slim affair; one finishes the book wishing the dream were longer.
Read Full Review >>
See All Reviews >>
SIMILAR BOOKS
Coming Soon

The End of the Day
Bill Clegg
Positive
What did you think of Dream Sequence?
© LitHub | Privacy