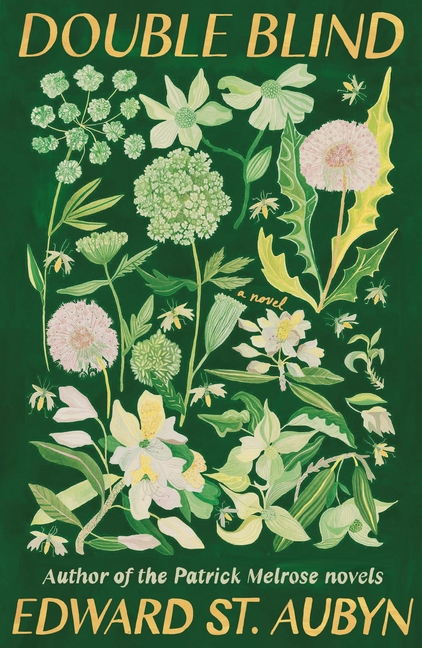 Fro the author of the Patrick Melrose novels, a novel following three close friends and their circle through a year of extraordinary transformation, reflecting on nature, nurture, inquiry, perception, and the myriad ways we try to understand what it means to be alive.

What The Reviewers Say
Rave Charlie Stone,
The Arts Desk
... a novel that throws its reader in at the deep end, where that end is made of 'streaks of bacteria' and 'vigorous mycorrhizal networks' that would take a biology degree (or a browser) to decipher. As is often the case, though, it’s worth it once you’re in. Double Blind is one of those rare books that does everything the blurb claims it will do. Humorous, philosophical, gripping and—yes—scientific in turn, this is a novel about finding charm and literary flair in the most unexpected of places ... This ever-changing tone is justified in its more self-reflexive moments ... This is, of course, still very much a novel, and a readable one too ... There's also that slightly irritating tendency of the modern novelist to give an in-depth commentary on business dealings and financial transactions – a mark of realist authenticity which instead feels like having to respond to an email while you’re in the middle of a TV series ... Above all, though, St Aubyn is an excellent chronicler of afflicted emotions. Submitting his characters to the extremes of experience (birth, mental illness, death), the author captures the musings and passions of his impressively neurodiverse set of protagonists with a skill founded on the clever use of free indirect discourse and some thorough psychoanalytical research. All novelists are to some extent amateur psychoanalysts. Certain passages in Double Blind, however, make us think that psychoanalysts might also make for proficient novelists.
Read Full Review >>
Mixed Rob Doyle,
The New York Times Book Review
Double Blind sees St. Aubyn strike out for unfamiliar territory—science, ecology and venture capital. It is distinctly the product of a mind processing some very big data ... the flaws are considerable. Double Blind is an often cluttered work crying out for tighter narrative control and thematic unity. Two-thirds of the way through, I still had the impression of a throng of subplots in search of a story ... The breadth and density of scientific knowledge crammed into Double Blind can make for hard going, and the material does not always fit naturally into the novel’s social-realist structure ... While commendable in its intellectual ambition, Double Blind fumbles in its delivery.
Read Full Review >>
Positive Laura Miller,
Slate
St. Aubyn seems to be struggling for direction after the series that made his reputation ... With Double Blind, St. Aubyn aims for a novel of ideas similar to those of Richard Powers, but without Powers’ intellectual density or his churning, cyclical narrative structures ... The fictional action tends to bog down when it hits...data dumps. But if St. Aubyn still seems to be figuring out how to integrate all this information into the smooth, elegant fiction that has been his trademark, he does often get it right ... The angrier St. Aubyn’s characters get, the more Double Blind comes alive. The emotion is one of the founts of St. Aubyn’s fictional gift, but a dangerous one ... Double Blind suggests that St. Aubyn has gone in search of healthier material. Happily, the moments when St. Aubyn’s main characters are quarreling with someone aren’t the book’s only high points. The loveliest parts of the novel have to do with one of Martin’s patients ... Double Blind might not burn as furiously as the Patrick Melrose series—I suspect some fans of those books will find this one tepid by comparison—but it is nevertheless full of the tender green shoots of new life.
Read Full Review >>
See All Reviews >>
SIMILAR BOOKS
Coming Soon

Life Is Everywhere
Lucy Ives
Positive
What did you think of Double Blind?
© LitHub | Privacy