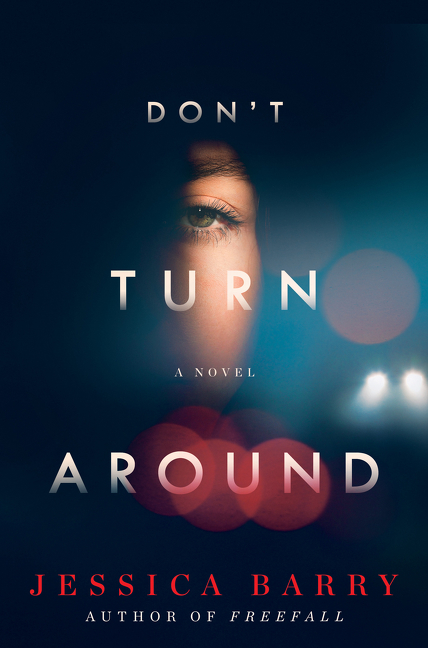 Cait Monaghan, a 20-something bartender and writer who was recently outed as the author of a viral #MeToo article, becomes a women-in-crisis volunteer. She accompanies Rebecca McRae, a conservative politician's wife, to help her seek an abortion in New Mexico, and on the desert car ride the two unlikely companions realize that their lives are in danger as a truck tailgating them has a driver out for blood.

What The Reviewers Say
Rave Elyse Dinh-McCrillis,
Shelf Awareness
... heart-pounding ... Barry excels at plunging readers into her novels from the very start. The thriller races along like the Jeep being chased, while Barry takes her time revealing her secrets, which are surprising and sometimes heartbreaking. The cover tag line is 'It's never been so dangerous to be a woman,' and Barry precisely taps into timely issues that will resonate with readers, especially female ones. The author also shows how people without obvious common ground could be allies, and those who do bad things aren't monsters lurking in the dark but the seemingly nice folks standing right in the light.
Read Full Review >>
Positive Marilyn Stasio,
The New York Times Book Review
... hair-raising ... Barry digs deep down into the topic of internet trolling, not savoring the vileness, the way some authors do when writing about serial murderers, but with a sense of awe at the level of depravity she finds on the dark web ... To me, the most illuminating aspect of this book is that it’s absolutely humorless. In male versions of the road-trip novel, the guys manage to have a lot of fun between the obligatory car chases, highway shootouts and other daredevil conventions of the formula. From the perspective of women being chased across the country by men with a vicious agenda, the open road looks a whole lot scarier — and much too scary to joke about.
Read Full Review >>
Rave Rebecca Munro,
Bookreporter
This meticulously plotted thriller manages to be just as chilling during the quiet moments as it does the more action-filled ones. Barry is a careful plotter, and although the book feels very current, I do not believe that the conflicts in it will become dated. She unpacks decades of misogyny and discrimination, and the women’s grief, fear and rage are universal in their portrayals ... Those who enjoyed Freefall may find Don't Turn Around just a bit too twisty. Though Barry metes out the dread and darkness easily and powerfully, you’ll have to suspend your disbelief when the action scenes kick in. That said, it is the real-world issues that make the book strong and powerful; Barry elevates the genre by writing about such universal themes and highlighting the ways that they can become deeply personal. The twists do not stop with the thrills, either. Both Cait and Rebecca have some rocky pasts that will shock readers and upend their expectations just as quickly as the plot twists will surprise ... a splendid addition to the new list of #MeToo titles and a fantastic thriller as well.
Read Full Review >>
See All Reviews >>
SIMILAR BOOKS
Fiction

The Devil Takes You Home
Gabino Iglesias
Positive
What did you think of Don't Turn Around?
© LitHub | Privacy