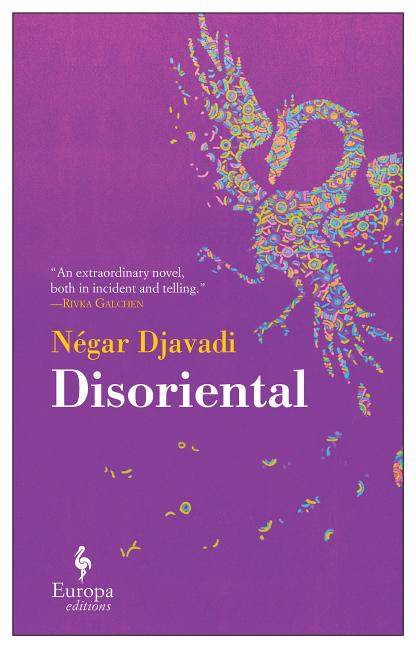 As she contemplates having children of her own, 25-year-old punk rocker Kimiâ’s Sadr unravels tales from generations of her family's history in Iran, the nation she fled 15 years earlier after the 1978-1979 revolution.
Rave
Based on 9 reviews

What The Reviewers Say
Rave Dalia Sofer,
The New York Times Book Review
...[a] remarkable novel ... beautifully captures the 'disorientation' of exile and the attempt to reconstruct a self through family stories ... If there is one element weighing down this rich novel (translated from the French by Tina Kover), it’s the exiled narrator’s compulsion to explain so much of her country’s past. The book contains not only extensive historical passages but also footnotes ... But perhaps explaining a lost world is part of any exile’s initial burden.
Read Full Review >>
Rave Bridget Thoreson,
Booklist
What is obvious from the beginning of this riveting novel is that Djavadi is an immensely gifted storyteller, and Kimiâ’s tale is especially compelling ... Kimiâ unthreads the narratives of her family history, and the shaping of her own identity, with the insight and verve of a master storyteller.
Read Full Review >>
Positive Azarin Sadegh,
Los Angeles Review of Books
Disoriental, a stylistically fragmented novel by the French-Iranian Négar Djavadi, reads like a multilayered pastiche of unrelated themes, yet all connected to Kimiâ Sadr’s troubled life ... Djavadi’s writing paints the most complex human emotions with ease and depth. The reader cannot remain indifferent to Kimiâ’s rawness and vulnerability. Like Scheherazade, Djavadi’s protagonist is a storyteller, but unlike her, she doesn’t use storytelling as a device to please or feel loved. Neither is she motivated by her struggle as an immigrant, nor by her confusion over her sexual orientation. She writes to define and engrave the meaning of her father’s life — to glorify him — and not to let his family’s story vanish in the ruins of passing time ... The novel, originally written in French and translated by Tina Kover, leaves a different impression in English. The French language, by nature, uses a more complex sentence structure. Djavadi’s prose is rich, deep, lyrical, with cinematographic quality, and the structure of her sentences adds more elegance to the flow of narration. But as this prose is translated, faithfully, into English, the well-crafted French sentence sometimes becomes the long English paragraph, where the subject and verb have lost each other. In spite of the novel’s heavy themes, Djavadi, by smart use of humor at tragic moments, lifts her reader’s spirit and alleviates the atmosphere. On the other hand, it could be perceived as Kimiâ’s weakness, as she hides her sorrow behind a facade, acting as if everything is fine.
Read Full Review >>
See All Reviews >>
SIMILAR BOOKS
Fiction 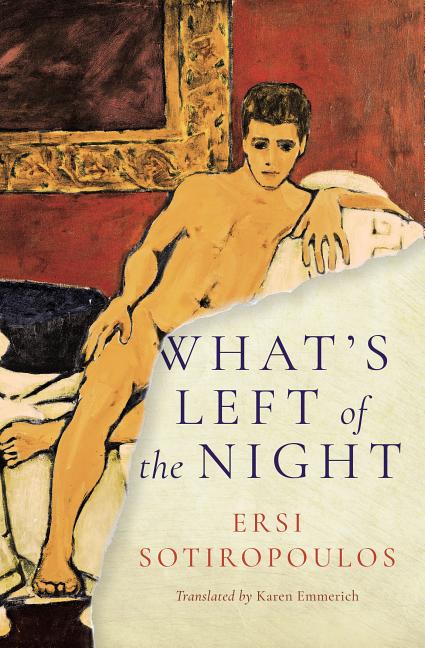 What's Left of the Night
Ersi Sotiropoulos, Trans. by Karen Emmerich
Rave
What did you think of Disoriental?
© LitHub | Privacy