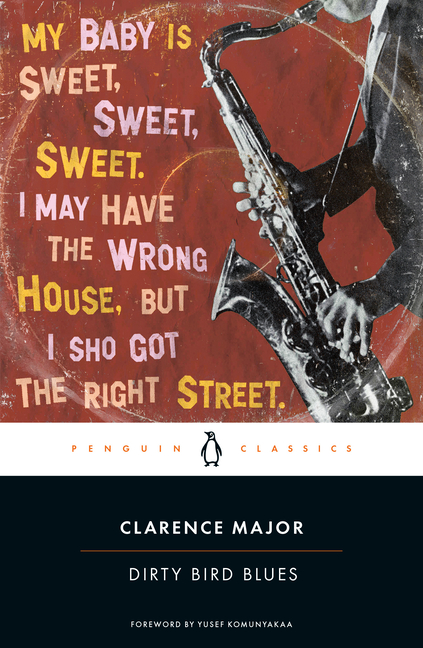 Set in post-World War II Chicago and Omaha, the novel features Manfred Banks, a young, harmonica-blowing blues singer who is always writing music in his head. First published in the United States of America by Mercury House 1996.

What The Reviewers Say
Positive MICHAEL HARRIS,
The Los Angeles Times
Language is central to Dirty Bird Blues--how it echoes from the folk traditions Banks brought north from Georgia, how it bubbles up from the joys and sorrows of his own life, how African American speech continues to shape the majority dialect in ways today’s rappers have demonstrated all over again ... Major excels at descriptions of manual labor--which at least was available in the 1950s for men without diplomas--and of the hard-pressed cohesiveness of the black community before civil rights laws but also before crack cocaine.
Read Full Review >>
Rave Donna Seaman,
Booklist
Major, a poet, novelist, and editor of such fine anthologies as The Garden Thrives, has been a quietly influential force in African American literature. No more. With this gorgeously bluesy tale of love, hate, and doing right, Major will take center stage ... As Major traces his hero’s struggle to understand himself and control his demons, he thrills us with some of the wittiest, most melodious inner dialogue ever written and moves us with dramatic confrontations between loved ones that are remarkable for their sensitivity, authenticity, and significance.
Read Full Review >>
Rave Publishers Weekly
Major cleverly demonstrates the pervasive racism that's part of the black experience. He's a rhythmic writer with a good ear for the music of the American vernacular. Although the blues refrains that run through Man's mind ring more calculated, and hence annoying, than true, the choices this flawed hero must make are compelling and weighty. The result is a novel that's moving--and highly enjoyable.
Read Full Review >>
See All Reviews >>
SIMILAR BOOKS
Coming Soon