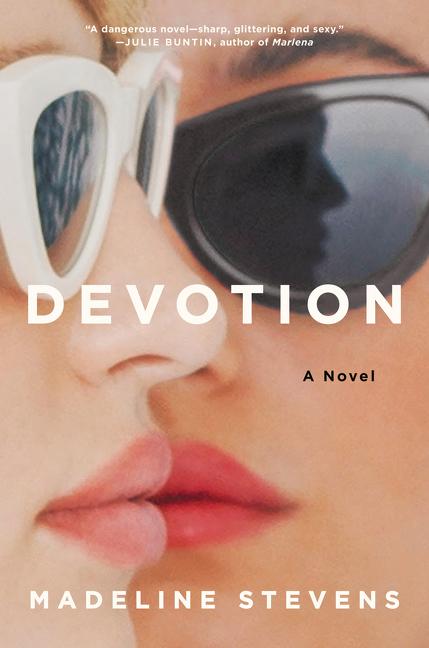 New to New York, 26-year-old Ella is flat broke until Lonnie and James, an Upper East Side couple, offer her a job as a nanny and usher her into their moneyed world. Soon Ella will be immersed so deeply in her cravings—for Lonnie's lifestyle, her attention, her lovers—that she may never come up for air.

What The Reviewers Say
Rave Charlotte Mendel,
New York Journal of Books
Madeline Stevens’ debut novel Devotion is a page-turner. This psychological thriller has all the ingredients to create a tense situation rife with obsession, jealousy, lust, and betrayal ... What is certain is this, the writing is sharp and occasionally witty in Devotion, and each word demands to be devoured as the pages are turned steadily until the end. And then it demands thought. It will be interesting to see what Madeline Stevens produces next.
Read Full Review >>
Positive Doreen Sheridan,
Criminal Element
Novels about toxic female friendships have certainly been making the rounds lately, but Devotion pushes into territory that’s rarely covered and does so with such subtlety that I fear readers might not even consider what happened in it a crime ... the ambiguity of Devotion, however, reflects the prevailing attitude of far too much of our own modern society towards what takes place within its pages. It’s a thought-provoking novel, for sure, with rich, literary prose, and I’m hoping it helps expand the conversation on womanhood and consent, especially in the raised awareness of this #MeToo era.
Read Full Review >>
Positive Courtney Eathorne,
Booklist
In what could be described as The Nanny Diaries meets Single White Female, Stevens’ debut introduces readers to the sometimes glittering, sometimes gritty underbelly of New York City childcare ... [Ella's and Lonnie's] kinship is doomed from the start, only growing more suspenseful and unhinged as the story unfolds; every turn of the page will leave readers wondering which woman will snap first. Perfect for fans of Stephanie Danler’s Sweetbitter (2016).
Read Full Review >>
See All Reviews >>
SIMILAR BOOKS
Literary

What Could Be Saved
Liese O'Halloran Schwarz
Positive
What did you think of Devotion?
© LitHub | Privacy