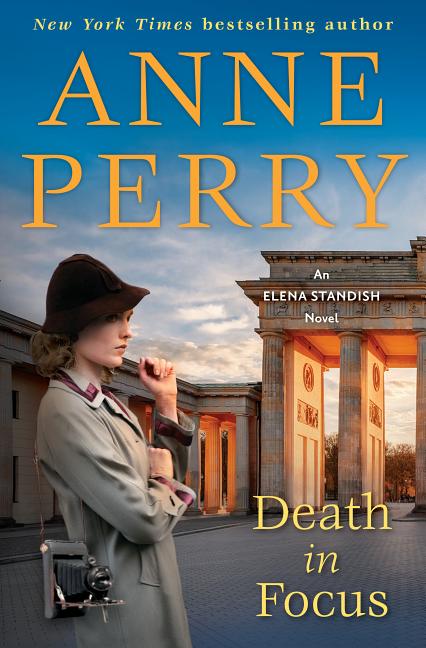 In the start of a mystery series set in pre-World War II Europe, an intrepid young photographer carries her dead lover's final, world-shattering message into the heart of Berlin as Hitler ascends to power. Author Perry merges family secrets with suspense on the world stage, as darkness bubbles under the surface of a Europe on the brink of change.

What The Reviewers Say
Rave Laurel Bliss,
Library Journal
Obvious comparisons to Charles Todd’s Bess Crawford and Jacqueline Winspear’s Maisie Dobbs are warranted, but this novel also hearkens back to Helen MacInnes’s classic spy thrillers and Mary Stewart’s romantic suspense novels. At turns heartbreaking and action-packed, this gripping and superbly written story proves Perry still has what it takes.
Read Full Review >>
Positive Tom Nolan,
The Wall Street Journal
With evocative flair Ms. Perry conjures the mixed emotions and misplaced optimism of a period when many Establishment figures were desperate to avoid another world war ... is reminiscent of works by Eric Ambler and Graham Greene. Cameo appearances by historical figures including Winston Churchill and Joseph Goebbels enhance this thrilling work whose heroine proves fully up to the sort of hair-raising challenges formerly met by her illustrious grandparent.
Read Full Review >>
Rave Ray Palen,
Bookreporter
... there are many brilliant twists scattered throughout the book like land mines ... Without leaking any spoilers, I can attest that nothing goes as planned for any of the central characters, and this may be the best plotted novel Anne Perry has written in years --- which is really saying something. Death is Focus is a masterpiece of tension and suspense, and Elena Standish is so effective because she can be any one of us. Bravo!
Read Full Review >>
See All Reviews >>
SIMILAR BOOKS
Fiction

Before She Disappeared
Lisa Gardner
Rave
What did you think of Death in Focus: An Elena Standish Novel?
© LitHub | Privacy