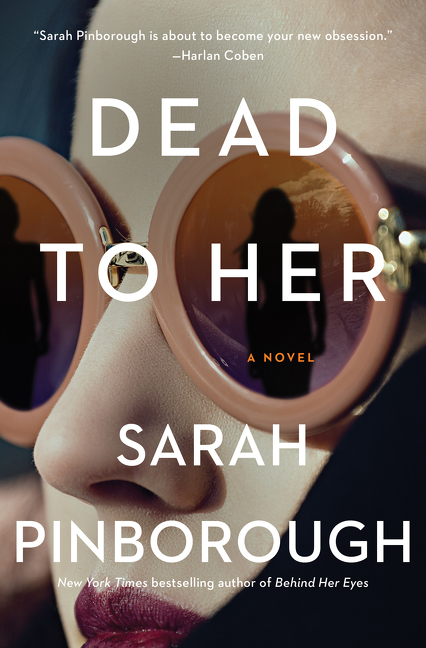 A twisty psychological thriller about two savvy second wives in Savannah, Georgia, who may have married into the upper crust but can't escape their pasts.

What The Reviewers Say
Rave Becky Spratford,
Booklist
Narrated in turns by Keisha and Marcie, who are equally seductive and untrustworthy, this tightly wound thriller just keeps constricting. Readers shouldn’t let Pinborough lull them into complacency with soapy drama, illicit love affairs, tension as stifling as the Georgia summer heat, and an unsettling touch of the supernatural. Every character and every detail will matter when the inevitable twist comes crashing down. With Dead to Her, Pinborough plants her flag as the master of seductively sinister suspense. This absorbing tale will satisfy and even surprise fans of Jennifer McMahon and Gillian Flynn.
Read Full Review >>
Positive Carol Memmott,
The Washington Post
Big Little Lies meets Rebecca in Sarah Pinborough’s Dead to Her, a saucy novel about insecure second wives dragged down by secrets, jealousies and their struggles to fit in ... a story bubbling with sex, betrayal and dark turns ... Pinborough does a nifty job of juggling possible killers, and even throws in a bit of black magic, hexes and conjure balls—a nod to Savannah’s voodoo subculture—to darken the novel’s mood even more ... This may not be the most important novel you’ll read this year, but it’s definitely among the most delicious.
Read Full Review >>
Positive Marianne Fitzgerald,
Library Journal
... the sparks between Keisha and Jason are hard to miss. The story is well written and, though none of the characters are especially likable, the twists are surprising ... A mix of steamy sex, lies, secrets, betrayals, murder, and a dash of voodoo, Pinborough's latest novel (after Cross Her Heart) will keep readers guessing until the very last chapter. A twisty thriller for fans of Liane Moriarty's Big Little Lies, Gillian Flynn's Gone Girl, and Paula Hawkins's The Girl on the Train.
Read Full Review >>
See All Reviews >>
SIMILAR BOOKS
Fiction

Before She Disappeared
Lisa Gardner
Rave
What did you think of Dead to Her?
© LitHub | Privacy