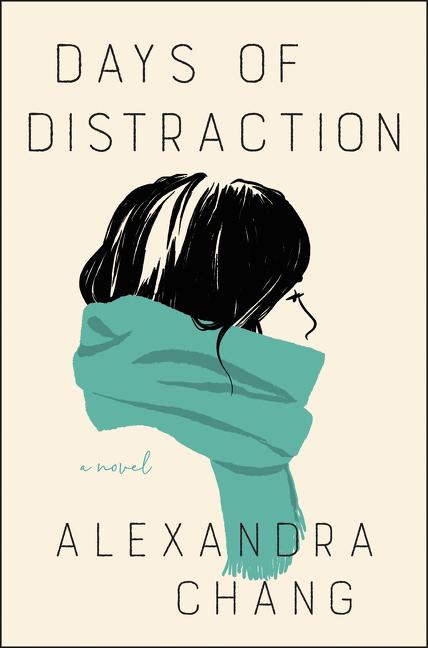 As a staff writer at a prestigious tech publication, a young woman's career is going nowhere, as her requests for a raise are ignored. When her longtime boyfriend, J, decides to move to a quiet upstate New York town for grad school, she sees an excuse to cut and run. But in the process, she finds herself facing misgivings about her role in an interracial relationship. What does it mean to exist in a society that does not notice or understand you?

What The Reviewers Say
Rave Porter Shreve,
The Washington Post
Days of Distraction is written in half-page to page-long blocks ... This mosaic structure, combining tesserae of research with narrative episodes, perfectly reflects the moment. The story is fractured, like our attention, our nation, our relationships; the information looks like the snippets we consume: Facebook posts, tweets, Google results. But for all its formal interplay and textual shifts, the novel is also, somehow, a cohesive, thoroughly absorbing read. It’s a mixed marriage of new forms and old that captures modern life then shapes it into something artistically abiding. The unifying element is point of view: By creating such a smart, thoughtful, funny, observant narrator, and taking us on a familiar arc of leaving home, contending with new surroundings, reconnecting with the past and negotiating a crossroads, Chang achieves the opposite effect of distraction culture ... This is an immersive, emotionally honest novel that thinks through our era’s complexities, histories and divisions; it wanders into the gray areas, and wonders where the path forward might be.
Read Full Review >>
Positive Mark Athitakis,
USA Today
The lack of outward drama in Days of Distraction belies the stormy consciousness of a woman who’s struggling to define her identity as others try to do the job for her ... Chang’s strength is her ability to give a sense of confusion contours: Jing Jing’s observations are pointed, witty, and free of easy resolutions. And Chang’s deadpan style offers up moments of absurd humor ... Ultimately, though, Chang shows the challenge of trying to raise issues about racism that even those closest to her wish to avoid. Struggling to spark a conversation nobody wants to have, she conducts an engrossing one with herself.
Read Full Review >>
Positive Liza Monroy,
Bust
In this beautiful, urgent, 'coming-of-adulthood' novel, author Alexandra Chang redefines the concept of distraction ... A story-driven inquiry into issues of race, technology, family, loss, success, and love ... The most exciting aspect of Days of Distraction is the way information is revealed. Chang holds back for a long time until, suddenly—just as in life—everything is exposed.
Read Full Review >>
See All Reviews >>
SIMILAR BOOKS
Coming Soon

We Spread
Iain Reid
Rave
What did you think of Days of Distraction?
© LitHub | Privacy