Daughter of the Morning Star: A Longmire Mystery 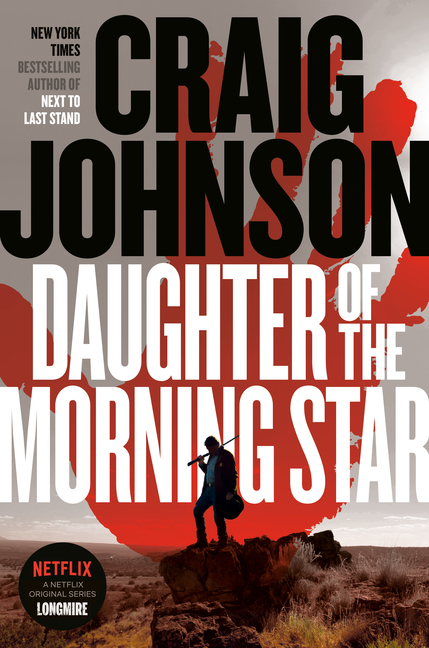 What The Reviewers Say
Positive G. Robert Frazier,
BookPage
... riveting ... Writing from Longmire’s point of view for the entirety of this fast-paced mystery, Johnson uses crisp prose and sharp dialogue to create a sense of immediacy as the investigation moves toward its inevitable, thrilling conclusion. The case also allows Johnson to incorporate horrifying statistics about how young Native American women are substantially more likely to be murdered, to be sexually assaulted or to commit suicide than the national average. Longmire knows that what happened to Jeanie and what’s threatening Jaya lie anywhere along that spectrum, and that’s what scares him. As readers, you’ll be scared too.
Read Full Review >>
Positive Bruce DeSilva,
The Associated Press
As usual with this series, the characters are well drawn and the suspenseful plot takes some surprising twists. However, the author’s prose, which is usually first-rate, falters when he writes about basketball. In the acknowledgements, he credits a high school basketball coach with helping him understand the game, but the descriptions of practices and tournament games are clumsy and sometimes hard to follow.
Read Full Review >>
Positive Publishers Weekly
As usual, Longmire, a Vietnam War vet, shrugs off some serious physical knocks, including falling into a canyon, on the way to a dramatic showdown with a killer and a bittersweet if hopeful ending. Fans will hope the sheriff has no plans to retire soon.
Read Full Review >>
See All Reviews >>
SIMILAR BOOKS
Fiction

The Every
Dave Eggers
Mixed
What did you think of Daughter of the Morning Star: A Longmire Mystery?
© LitHub | Privacy