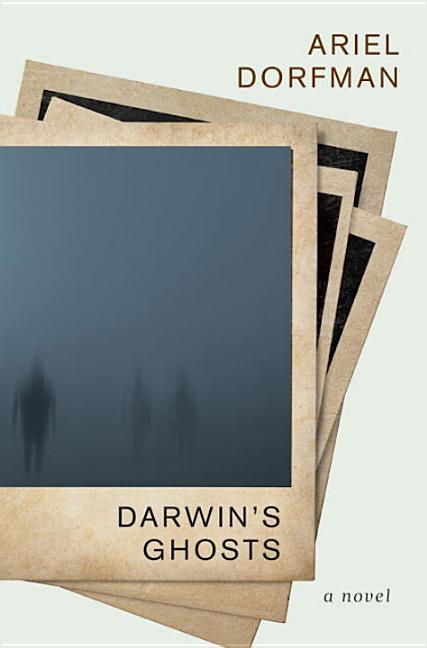 On his 14th birthday, Fitzroy Foster discovers that photographs of him do not reveal his own image but that of a stranger, whose identity reveals some unsavory truths about Fitzroy's family's involvement in the abuse of indigenous peoples during the 19th century.

What The Reviewers Say
Rave Deena Metzger,
Tikkun
Darwin’s Ghosts benefits from Dorfman’s facility in navigating many worlds. The prose style of the linear contemporary novel is infused with the tradition of magic realism, if not in its language, in its storytelling. The binary form is apt; the extraordinary is grounded in the commonplace. This novel insists that we accept the events depicted as real. Our ethical lives depend upon it ... Darwin’s Ghosts is dizzying in the best ways. It is a presence. Open the book and the ghosts manifest. The immediate events of our lives parallel the events and concerns in the book. And vice-versa. This dynamic insists we engage in its profound inquiries and challenges to a way of life that in our innocence we have falsely valorized.
Read Full Review >>
Mixed Mark Axelrod-Sokolov,
The Los Angeles Review of Books
If there is a downside to the novel’s complicated infrastructure, it’s the difficulty in keeping track of all the connections among the compendium of historical names—Bonaparte, Hugo, Berlioz, Gounod, Doré, Darwin, Popper, Sagan—that Dorfman invites into his narrative, and where all these characters fit into the grand design of the work ... Readers may marvel at the amount of research the author must have conducted for his 'factional' novel, yet the interrelationships between these people can be confusing. Ultimately, though, Roy’s quest to discover and make amends to the 'ghost' haunting his family’s bleak and often brutal history is resolved; and it becomes clear that Dorfman’s work is not just about violence, it’s about compassion and redemption, too.
Read Full Review >>
Pan Ken Kalfus,
The New York Times Book Review
Preposterously plotted and crammed with overly potted history, Darwin’s Ghosts doesn’t come close to succeeding ... Darwin’s Ghosts, with its materialist explanations and its prosaic writing, is hardly more than pedestrian science fiction.The novel depends on another bogus idea wrapped in pseudoscience, the notion that personal guilt can be passed down among generations, making descendants accountable for the actions of their distant ancestors (as opposed to all of us being responsible for addressing history’s present-day consequences). These are surprisingly illiberal themes for Dorfman, a public intellectual and admirable human rights advocate, but he doesn’t appear to have thought out their implications. Much of Darwin’s Ghosts, including its plot, its characters and its storytelling voice, would have benefited from more thought.
Read Full Review >>
See All Reviews >>
What did you think of Darwin's Ghosts?
© LitHub | Privacy