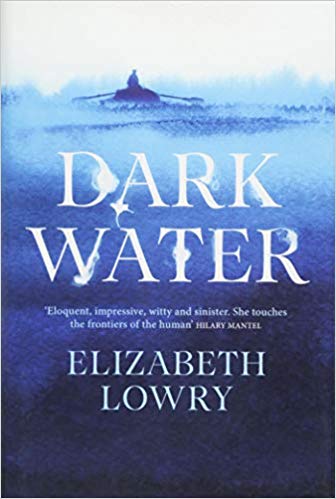 In a novel that draws on the traditions of Melville, Dickens, and Shakespeare, a surgeon on board a Pacific-bound U.S. Navy ship in 1833 looks back on the experience of being cast adrift at sea and the struggle to survive with the other men, one of whom he meets again years later.

What The Reviewers Say
Positive Lucy Hughes-Hallett,
The Guardian
This novel is all about eating, about appetite and starvation. The central plot is an old one. Eight men are cast adrift in an open boat with inadequate provisions. Five make it back to land two months later, emaciated, traumatized but alive. How did they feed themselves? The gradual uncovering of the answer provides the narrative spine of Dark Water, but most readers will have guessed it already from that brief summary ... Lowry is astute on domesticity and its discontents. Along with the melodrama there is a lot in Dark Water about knitting and the mopping of floors, and it is all the more compelling for it ... Dark Water is historical fiction with high literary ambitions, employing a variety of narrative techniques—letters, court records, the confession of a man accidentally mesmerized by light on the sea. It asks big questions—who can claim with certainty to be sane?—and it is lent satisfying substance by Lowry’s conjuration of a past society, complete with its prejudices and its cooking, its sturdily handsome domestic architecture, its chilly domestic relationships and, above all, its particular forms of madness.
Read Full Review >>
Mixed Jonathan McAloon,
The Irish Times
The story is engrossing ... The question is, does our modern understanding of pathology—fostered by popular books and TV crime series—ease us in, or give us an edge on Lowry’s characters that spoils the surprise? The answer is Lowry factors this irony in—this knowledge gap—to pleasingly wrongfoot the reader ... But the effect, for this modern reader at least, can’t help but seem heavy-handed ... Whether because Lowry is alluding to the old-fashioned clunkiness of Gothic novels, or simply signposting the action, too much is spelled out where it needn’t be ... Lowry’s very exciting book is at its best when steering clear of these penny dreadfuls.
Read Full Review >>
Mixed Nell Stevens,
The Times Literary Supplement
There is, at times, a mismatch between the authentic horror of this subject matter and [the protagonist] Carver’s narration. Very little is 'said' in the novel: it is 'cried;' there is swooning and pounding blood and a lot of uncontrollable shaking. This is all deliberate on Lowry’s part of course—Dark Water is an exercise in the neo-gothic—but the broad-brush of melodrama risks seeming an inadequate tool with which to portray the subtle strangeness of the human mind ... Carver is not always written to the height of his intelligence: he is a qualified doctor, and something of a visionary in developing compassionate talking therapies as a treatment for mental illness, yet much of the novel’s plot hinges on information he has, implausibly, failed to understand ... There is a brilliant, strange, important book inside Dark Water: it is about deception, violence, trauma, com­­m­unication and bisexual desire. Lowry’s complex character, Hiram Carver, is a compelling protagonist in this story, but perhaps he is not the man to tell it.
Read Full Review >>
See All Reviews >>
SIMILAR BOOKS
Fiction

The Forger's Daughter
Bradford Morrow
Rave
What did you think of Dark Water?
© LitHub | Privacy