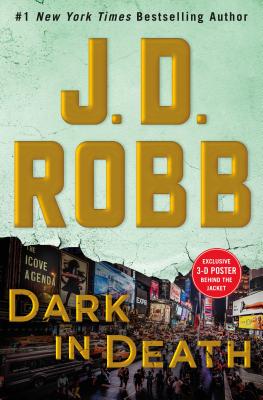 The latest installment in Robb's In Death crime series, which focuses on the travails of Lieutenant Eve Dallas in a near-future New York City.

What The Reviewers Say
Rave John Charles,
Booklist
The creative well never seems to run dry for best-selling Robb as the forty-sixth installment in her ever-compelling Eve Dallas series proves with its fast-paced plot, engaging cast of characters, and writing seasoned with just the right dash of sharp humor. Eve Dallas fans will especially appreciate Robb’s musings about the appeal of crime fiction and the insights into the writing process that she so deftly inserts into the story.
Read Full Review >>
Rave Corina Paris,
USA Today
As always, the mystery is on point, vibrant and meticulously executed. The suspense and race against time left me on the edge of my seat. And the premise of murdering individuals by virtue of a book series made this case even more exhilarating … It’s not just about the lieutenant and her billionaire. It’s also about the recurring characters that give life, color and laughter to each book. The supporting cast is a delight, because each has a unique personality and distinctive voice. The various relationships, ongoing inside jokes, as well as side stories, feel real, like friends who are missed and visited twice a year.
Read Full Review >>
Rave Allison Brennan,
Criminal Element
...goes near the top of my favorites in the series ... I was completely invested in the police investigation, the characters—both new and familiar—and figuring out the crime along with Lieutenant Eve Dallas. And near the middle, just when I thought Robb was going to take an easy out, she did something I didn’t expect, which had me smiling as I finished the second half of the book in one sitting ... Dark in Death has everything I want in a J. D. Robb thriller.
Read Full Review >>
See All Reviews >>
SIMILAR BOOKS
Fiction

Dirt Creek
Hayley Scrivenor
Rave
What did you think of Dark in Death?
© LitHub | Privacy