Crying in the Bathroom: A Memoir 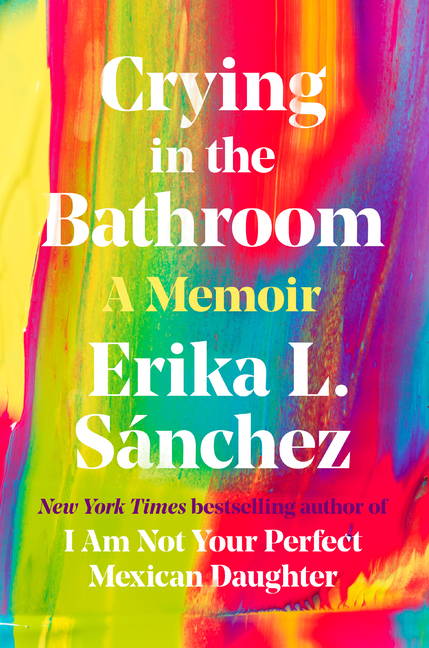 Growing up as the daughter of Mexican immigrants in Chicago in the nineties, Erika Sánchez was a self-described pariah, misfit, and disappointment—a foul-mouthed, melancholic rabble-rouser who painted her nails black but also loved comedy, often laughing so hard with her friends that she had to leave her school classroom. Twenty-five years later, she's now an award-winning novelist, poet, and essayist, but she's still got an irrepressible laugh, an acerbic wit, and singular powers of perception about the world around her.

What The Reviewers Say
Rave Melissa Febos,
The New York Times Book Review
... quippy, earnest and occasionally 'prone to reaching George Costanza levels of pettiness' ... Her candid divulgences about sex, vaginal infections, abortion and body shame reveal how 'when you’re a young woman, simply having a body is a hazard'; and these plainly told personal truths are as absorbing as a deep and wide-ranging conversation with a trusted friend ... The book proves that delicacy and strength are no opposites. It is easy to imagine a vulnerable reader gobbling up Sánchez’ honesty and her reassurances that sorrow does not preclude pleasure.
Read Full Review >>
Rave Keishel Williams,
Washington Post
... It’s as if [Sánchez] anticipated that the Supreme Court would overturn Roe v. Wade, and she set out to provide women with the literature they needed to both comfort and inspire us as we navigate this new reality ... Sánchez is a raw, unapologetic and acerbic writer, who leans into difficult topics ... As funny as the essay is, Sánchez also manages to capture the frustration of being a young girl growing into womanhood while trying to understand her body and fending off the predatory advances of men ... Sánchez’s writing evokes vivid images. It’s also humorous, contemplative and so conversational that it feels like she’s telling the story of her life over a cup of coffee with a blunt on the side. Sánchez refers to herself as loud and crass, and her writing proves it. All of which is to say, this insightful memoir might not resonate with the easily offended. But those looking for an unfiltered, feel-good story will find it here.
Read Full Review >>
Rave Sharmila Mukherjee,
The Star Tribune
Blazingly honest and gloriously raucous, the memoir is about the author's struggle to forge a life of her choosing without viable role models. It's no surprise that mistakes feature prominently in the book ... The author's reflections cast light on a generation of recent immigrants who have rebelled against their adverse circumstances, their parents and the parents' values. With the rebellion, however, comes a sense of existential malaise, a psychic wound ... At its heart, the memoir is the author's reckoning with trauma: a gaping hole of nothingness ... Sánchez addresses, unapologetically, her sexuality, failed relationships, solo travels, conversion to Nichiren Buddhism, family and other topics. Readers will recognize echoes of Sandra Cisneros' memoir A House of My Own: Stories From My Life. Yet Sánchez speaks to the reader in bold terms that are her own ... What Sánchez accomplishes here so well is to offer herself as an uncommon role model for others finding their way. This book is a great gift of hope.
Read Full Review >>
See All Reviews >>
SIMILAR BOOKS
Culture

The Man Who Could Move Clouds: A Memoir
Ingrid Rojas Contreras
Rave
Culture

The World as We Knew It: Dispatches from a Chang…
Amy Brady
Positive
Essays

Boys and Oil: Growing Up Gay in a Fractured Land
Taylor Brorby
Rave
What did you think of Crying in the Bathroom: A Memoir?
© LitHub | Privacy